After a long spinal cord injury, patients usually damage their connections between brain and spinal cord circuits, which are sensual for any movement. Thanks to scientists at Northwestern University in Chicago, who have developed a Functional Electrical Stimulation (FES) that would create the connections again between brain and spinal cord circuits using only the brain power. In simple word, brain-implanted electrical device helps restore life to paralyzed limbs.

Control Your PC Programs And Games By Using Your Brain With…

Researchers explain to Nature, earlier this method, paralysed patients would have to rely only on braises or
prosthetic (anesthetic) machines to regain the connections between brain and spinal cord circuits. But, the neuroprosthesis that the researchers have created combines a brain-computer interface (BCI) which is wired directly into 100 neurons in a motor cortex of the subject. At the same time, the FES device is wired into the muscles of the subject’s arm. When the subject tries to move his arm or hand, the micro-electrodes which are planted into the subjects brain become activate. As soon as the neurons activates, a stream of data which can be read and analyzed by the BCI to predict what muscles the subject is trying to move, and with what level of force. When the interpreted data is passed to the FES, it triggers the right muscles to perform the desired movement. 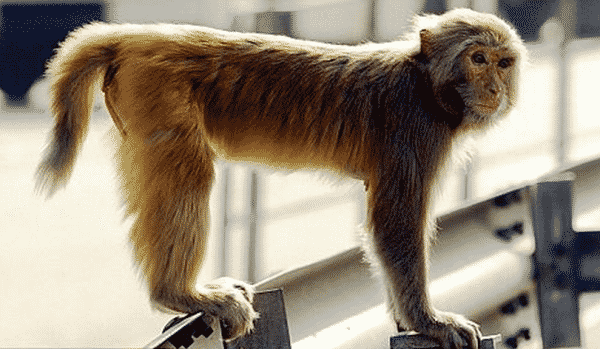 The research team was led by Lee E. Miller, Ph.D., professor of physiology at Northwestern University’s Feinberg School of Medicine in Chicago. Dr. Miller’’s group recorded the brain and muscle activity of 2 healthy monkeys. These two monkeys performed a task. The monkeys had to grasp a ball and throw it into a chute.

In the above video, a monkey had already been trained to pick up a ball. The monkey normally picked up the ball unhanded with no problem. Then the scientists simulate the effects of the spinal cord injury by injecting monkeys with an anesthetic: it blocks the nerves of the elbow. When the FES system is off, the monkeys arm become temporary paralysis. It can’t pick up the ball. Later, when the FES is switched on, the monkey regains its ability to pick up the ball and successfully throw it in the chute.

Researchers are still testing it. They hope that, after extensive testing, one day we will be able to replace an entire nerves system with the computer network.

Citiscape Metro From Philips: A Stylish Headphone For Audiophiles