Boston Dynamics is an engineering and robotics design company. The company builds advanced robots with remarkable behavior including mobility, agility, dexterity and speed. We’ve seen Boston Dynamics’ Sand Flea jumping robot before. Recently they have upgraded the jumping style of Sand Flea robot. This robot is intended for use by the military of US in Afghanistan.

11 lb weighs Sand Flea is an incredibly resilient, remote controlled reconnaissance vehicle (robot). It has 4 wheels. Its wheels are larger than its chassis. It can jump up to 30 Feet in the air. It has enough accuracy to travel through a second story window. This robot uses a Carbon Dioxide-powered (CO2) piston to drive itself into the air. It can jump 25 times and travel up to 650 yards per charge. 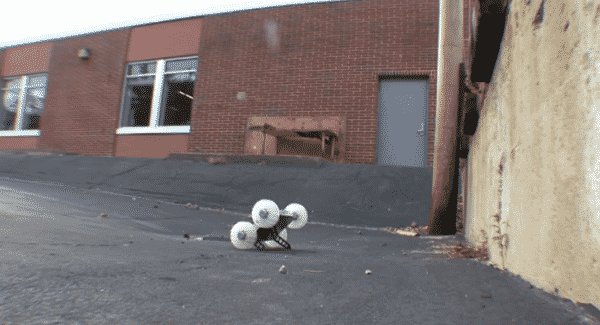 Sand Flea robot is a joint venture in collaboration between Boston Dynamics and Sandia National Labs. Boston Dynamics is well known for BigDog (a quadruped robot designed for the U.S. military). Boston Dynamics has developed a Sand Flea robot which is capable of jumping up to 30 feet from the ground. It’s jumping style and technique is totally different from its predecessor Precision Urban Hopper. Precision Urban Hopper had the ability to jump into the air while moving. But, Sand Flea can’t do that. To jump in the air, whether it is in dynamic position or not, Sand Flea has to stop. Then it rears back its body and launches itself into the air. Check out the video below.

The Sand Flea is supposed to be handed over to US military so that they can use in Afghanistan. Approximate 2,000 robots will be deployed in Afghanistan for various purposes.