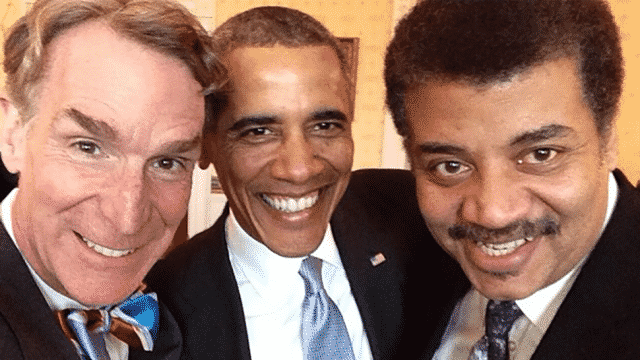 After a lot of wait and anticipation, a reboot of Carl Sagan’s widely acclaimed ‘Cosmos‘ is finally expected to arrive on Sunday night. Interestingly, President Barack Obama will introduce the series premiere with a message about open-mindedness. Carl Sagan’s ‘Cosmos’ is considered one of the most popular TV classics in the history. A follow-up series has been in the works for quite some time now, with the notable astrophysicist Neil deGrasse Tyson at the helm of it. The new series follows the same themes, exploring the universe and our role in it.

The series premiere is due to arrive on Sunday night and will boot with a message from President Obama. This is very significant because it means that the President is openly weighing in on a very worthy cause. The President’s message ‘invites a new generation to embrace the spirit of discovery and inspires viewers to explore new frontiers and imagine limitless possibilities for the future.’

This is not exactly surprising coming from President Obama. Although the funds dedicated to scientific endeavors by his government aren’t extraordinary, he has publicly backed many projects related to science and technology in the past. Interestingly, he has become more vocal about these views in his second term, openly criticizing the opponents of climate change and calling for immediate remedies.

The fact that President Obama is opening the premiere of Cosmos with a message about scientific thinking and exploration does hint at his priorities. One hopes that he also acts by these priorities and makes sure that issues like climate change are tackled timely.

The Avengers Is Available In iTunes Store For Pre-Order