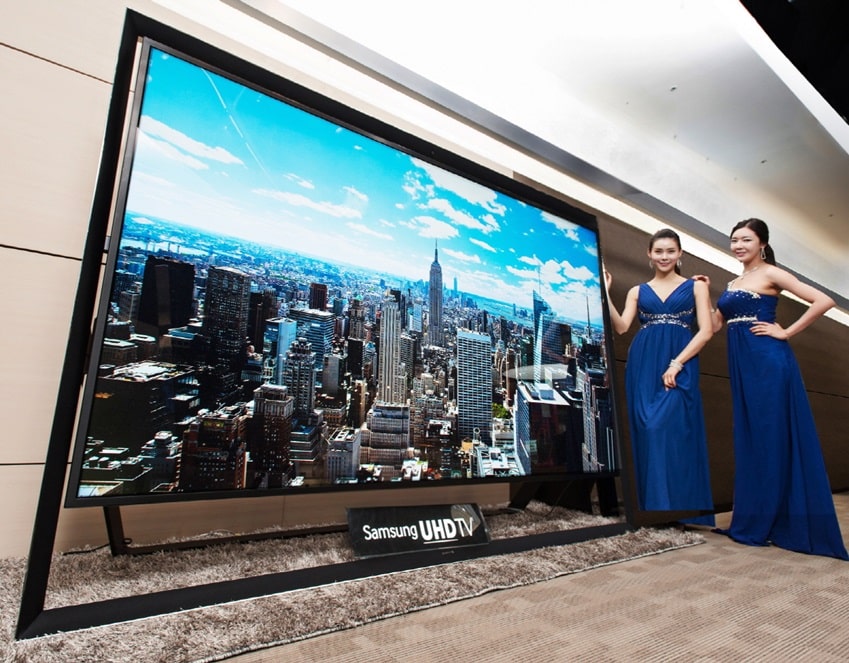 The Consumer Electronics Show (CES) is one of the biggest, renowned electronics and technology trade show, where companies unveil their cutting-edge products. The CES 2014 is going to take place from Jan 7 (Mon) to Jan 10 (Thu) in Las Vegas. South Korean electronics tech giant Samsung has already planned to unveil new smart TVs with finger gesture controls at CES 2014. And now, the company has announced that it’ll start selling the world’s largest 110-inch Ultra HDTV from the very first day of the CES 2014 show.

At CES 2013, Samsung unveiled this 110-inch Ultra HDTV, but at then the company mentioned that this TV will be available before the year 2013 ends. Unfortunately that didn’t happen. But lately, Samsung has announced at it will start selling the 110-inch Ultra HDTV from Jan 7. However, the world’s largest 110-inch Ultra HDTV (model 110S9) measures 8.5 feet (2.6-meter) wide and 5.9 feet (1.8-meter) tall.