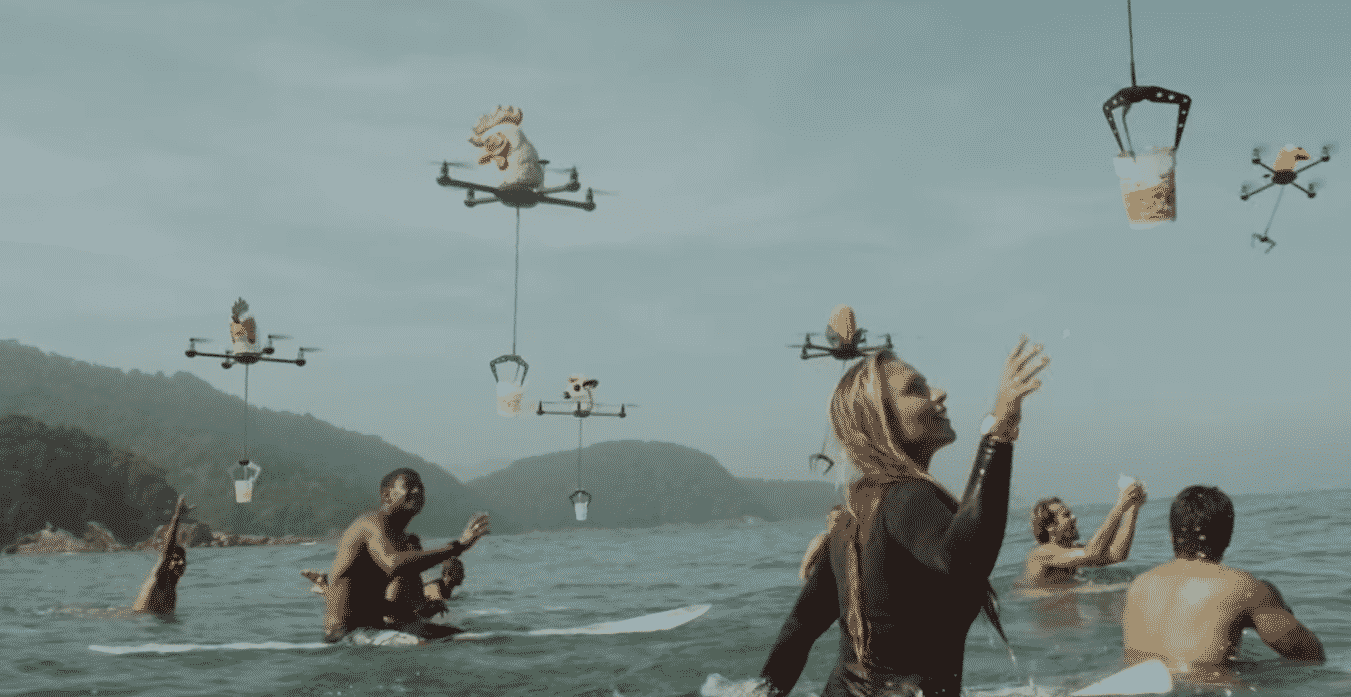 At present days, many drones are used for delivering purpose. Earlier we have seen drones delivering cake, packages, medicine, newspaper and so many things. And now, Japanese food giant Nissin is using drones to deliver Cup Noodles to customers. Nissin has a product called Cup Noodles. As from the name it is clearly understandable that the cup contains noodles. If you are alone or with some of your friends or family members at a certain place and suddenly you guys want to have noodles, but you don’t find any shop, then no problem. Just order Cup Noodle and Nissin will deliver it via drones. Nissin’s ad agency Dentsu Brazil has created a beautiful 2 and a half minute video. Here is the video.

NASA Built BRUIE, An Outstanding Rover That Can Roll Underside Of Ice