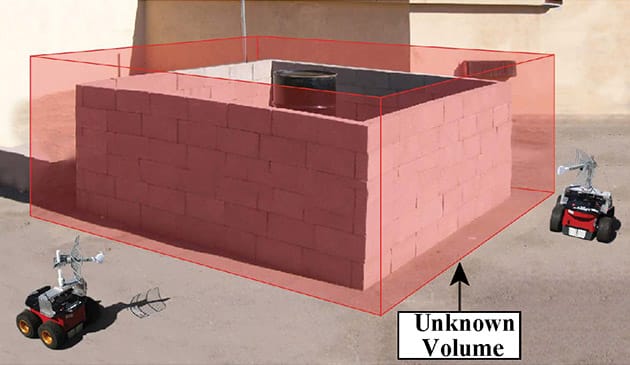 Now a days, robots are getting new tech. Lately, researchers at the University of California have made such robots that can see through walls. According to professor Santa Barbara, the robots work in pairs – one broadcasts wireless transmissions and the other which is positioned on the opposite end measure them. Since walls and objects reduce signal strength, the receiver can distinguish between empty and occupied spaces to create an accurate map of the area. In plain language, the robots use WiFi signals to see through walls.

The researchers are now trying to improve the technology of these robots like the robots will be able to classify – when seeing through walls- whether they are seeing a human, animal or another other object and if that is an object, then what it is made of.

The researchers believe that in the future, they will be able to use the technology for search and rescue, to determine the occupancy level of a location and as a helper for archaeological digs. See the robots in action in the video below.

3D Printed Drone To Hunt Down Drug Traffickers At Sea