Imagine an entire city with roads, street signs, pedestrians, bicycles, parked cars and buildings, all meant to test drive automated vehicles. That is precisely what Mobility Transformation Facility at University of Michigan is. The 32-acre facility will open for vehicle testing this fall.

We have seen an increasingly larger number of automated, self-driving cars in the last few years. Most of these vehicles are still in the research phase and they need to undergo strenuous testing before they can be let loose on the real roads. So University of Michigan has readied a huge facility to test-run all possible scenarios for such automated vehicles.

In this fake city meant for testing these cars, props for all sorts of possible scenarios have been readied. For instance, there are pop-up pedestrians and mechanized bikes so that the city is not still and motionless but rather, has fake passengers and vehicles which move and may come in front of a test-car any moment. It is these features which major players such as Ford are hoping to use while testing their cars. 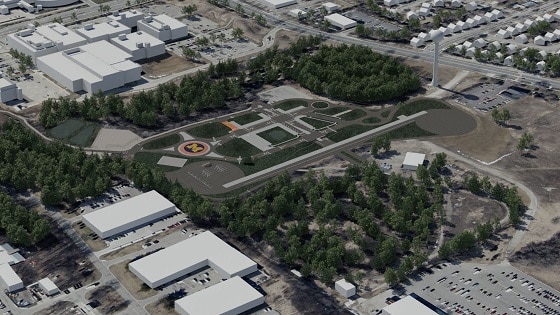 Among the first vehicles that will be tested out in this facility is the Ford Fusion Hybrid. Reports have it that other companies such as Toyota and General Motors are also a part of the project, which means that we may see their vehicles being tested here as well.

The University is hoping that the facility will be opened and operational by fall this year. However, despite avenues for such hardcore testing, expect a few years still before automated cars pass all safety regulations and become a part of our travel options.

After Installing An App, iPhone Becomes A Remote Control Of Many Electronic Devices

Study Made On What Car Brands Make The Owners Happiest?

UK Will Test Driverless Cars On Roads By 2013 End