Ford brings Bluetooth text message readouts to more SYNC vehicles and MAP is a Bluetooth protocol designed specifically for message streaming in automobiles, which is why most smartphones are not equipped with that profile. The software update (G1 V3.2.2) extends the functionality to supported a number of bluetooth equipped smartphones to allow users to hear SMS, MMS and email messages over the stereo, is set to roll out later this month……………. 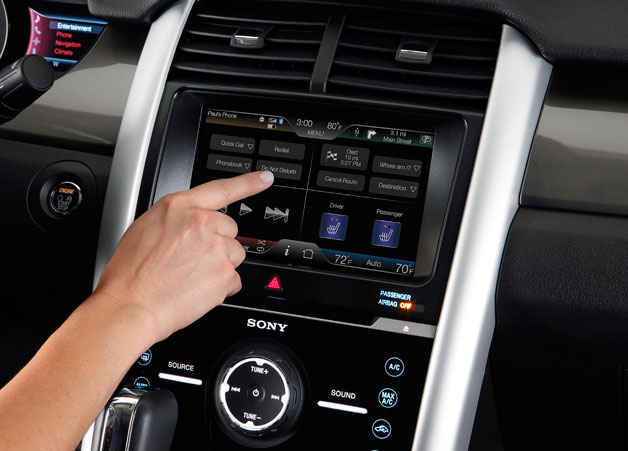 Ford has released its latest free SYNC software update, G1 V3.2.2 to give more SYNC users the ability to have text messages read aloud to them while driving. Tailored for owners of select SYNC-equipped 2011 and early-release 2012 vehicles, the update includes the emerging Message Access Profile (MAP) Bluetooth standard, which is custom-made for the automotive hands-free environment and outlines a set of features and procedures used to exchange email, SMS and MMS between devices – in this case SYNC and the smartphone. Last year, Ford announced it was voluntarily integrating MAP into SYNC for all 2011 MyFord Touch-equipped vehicles and is now extending the capability to the broader SYNC user community with thousands of 2011 and 2012 vehicles equipped with the first generation SYNC system. “A limited population of phones has the capability to work with the text message readback feature of SYNC,” said Mark Porter, supervisor of SYNC Product Development. “With our initial adoption of MAP for our latest generation of SYNC and our recent efforts to integrate it into our previous variations of the system, we hope we are setting an example that encourages more collaboration between Ford, the phonemakers and the wireless industry to help drivers find smarter alternatives to hand-held texting while on the road.” According to Bluetooth Special Interest Group (SIG), MAP adoption by mobile device manufacturers is still in its infancy but the growth needle is starting to quiver.

“Texting is becoming a ubiquitous part of our day, so it stands to reason the remote message access profile is an essential addition for handsets, automobiles, headsets and aftermarket car kits,” said Michael Foley, Ph.D., executive director Bluetooth SIG. “The Bluetooth MAP standard gives users the ability to simply and smartly manage incoming text messages from their vehicle while keeping their hands on the wheel and eyes on the road. We are seeing significant uptake in MAP adoption among phonemakers, in particular with recent qualifications from manufacturers such as HTC, RIM, Samsung and LG.” Since SYNC launched in 2007, Ford has offered several significant and simple software-based updates. And owners are taking advantage, with software downloads recorded on www.syncmyride.com ranging up to nearly 14,000 each month in 2011. Ford owners interested in finding out if their SYNC-equipped vehicle is eligible for any of the available SYNC updates can visit www.syncmyride.com and enter their Vehicle Identification Number (VIN). Major SYNC updates that have been released to date include:

Ford Focus Is The Top-Selling Car Globally During 2012