Secure Your Android Device Over Public Wi-Fi With Hotspot Shield 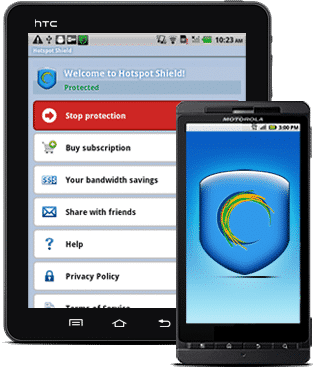 The iOS version of Hotspot Shield app was launched last year. However, Android users had to wait for quite some time and the company has launched the Android version of the app only now.

Mass Production Of 8Gb DRAM By Samsung To Boost Android…

This app is able to furnish a number of online security services to secure your device against potential threats. Combining VPN web browsing with anti-malware, the app also make use of broadband data compression. Android devices have been particularly targeted by malware and other malicious software in the past due to their open-source nature.

In that context, using such an app when using an Android device over a public Wi-Fi can indeed be very useful. Hotspot shield comes with other features too such as private browsing on public networks and bandwidth containment, thus mitigating the risk greatly for your Android device.

Currently, two version of the app are being offered for Android users. One version is free, coming with unlimited VPN browsing and security from close to a million known security threats. However, to make use of more sophisticated services such as data compression and safety from millions of more security threats, you will have to purchase the ‘Elite’ version of the app which costs $1.99 per month or $19.99 for a year.

If you have multiple Android devices and wish to use the app across all of them, the good thing is that you will have to pay just once.

Get Hotspot Shield From Google Play

Quantum Computers May Be Able To Simulate Particle Collisions In Future

[Infographic] The Trend Of E-Reading

Google May Be Working On A Game Center For Android

How An Android App Sneaks Away Your Data