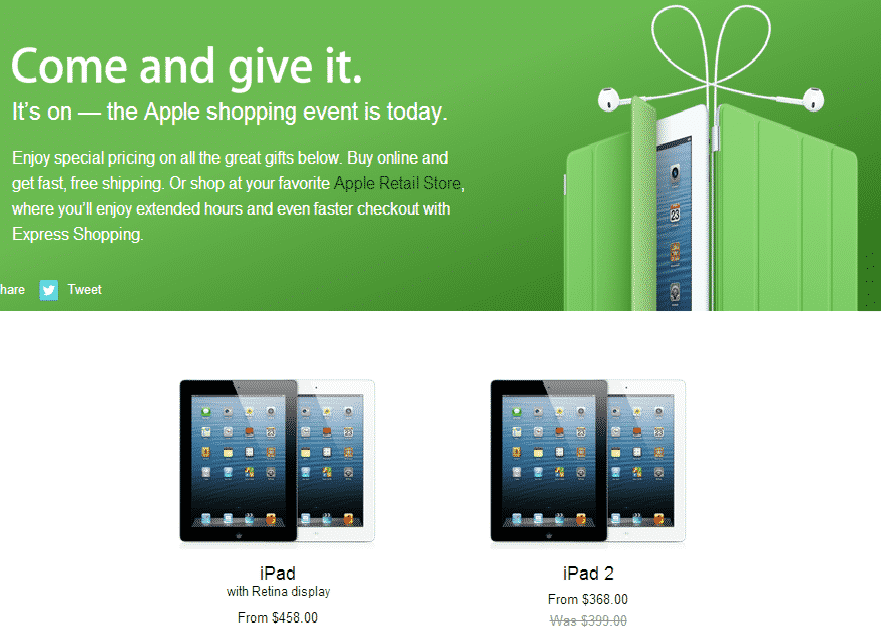 Apple has finally launched its much-anticipated Black Friday deals which, the company says, will be available throughout Friday. The deals provide significant discounts on a whole range of Apple products which can be purchased online and come with free shipping. Read further to see the details of the discounts that Apple is offering. Apple has offered a significant cut in the actual prices of its products as part of the Black Friday deals. However, the deals are subject to availability of the stock in Apple online stores or actual retail locations.

MacBook deals:
Apple has conventionally offered greatest discounts on Black Friday at its MacBook machines and this year seems no different. The company has slashed the price of Retina MacBook Pro from $1699 to $1598 and the price of regular MacBook Pro has been brought down from $1199 to $1098. MacBook Air also has a discounted price tag of $898 in place of the regular $999.

iPod deals:
Given the fact that Christmas is all about giving gifts and being compassionate, many users prefer handing out something like an iPod which looks great, is very useful and yet isn’t too expensive. The last part is all the more true in light of the Black Friday prices of different iPod models.

Apple has also offered discounts on a whole range of other products such as Magic Trackpad, Magic Mouse and other accessories. You may want to check it at the official page of Apple’s Black Friday deals.