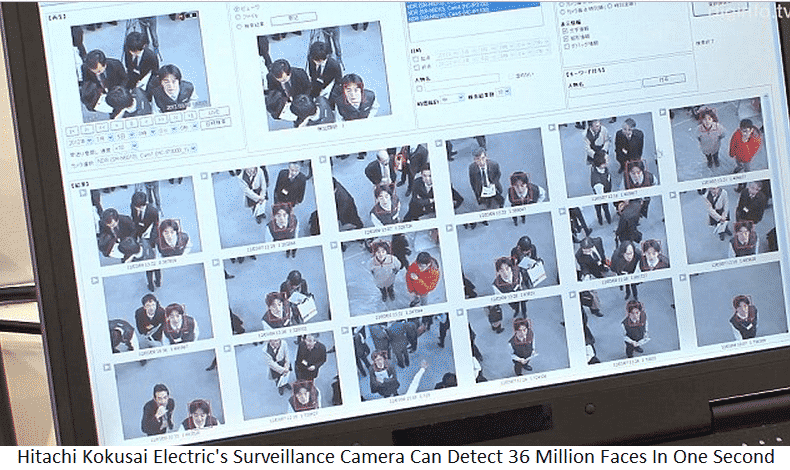 Different people, different face. It’s really tough to find one specific person in a crowd within short time. This is that time where you have to depend on your luck mostly. But Japan based Hitachi Kokusai Electric‘s new camera technology has made the task easy for us. The new camera technology from Hitachi Kokusai Electric can scan the entire live camera footage (still or video) of a day from around the world in real time instantly and find any face which has walked past it. Its makers claim that it can scan 36 million faces per second. The system was displayed at the Security Show Expo in Japan. This camera can process a wide range of information including both still images and video footage. It is capable of recognizing faces in real-time, or at least as close to real time as possible. It can identify one face out of 36 million different faces every second. Faces matched by the system is been displayed as thumbnails. Allowing the individual(s) analyzing, the footage tells exactly what the person was doing over time.

“This high speed is achieved by detecting faces through image recognition when the footage from the camera is recorded, and also by grouping similar faces. We think this system is suitable for customers that have a relatively large-scale surveillance system, such as railways, power companies, law enforcement, and large stores,” the company says.