With the plethora of 4K displays being pushed out in the market, it is only natural that a demand for 4K-video content has surged. Sony has now unveiled a new FRD-AX1 camcorder which lets you record 4K video with perfect ease, although it’s pricing is a little on the steep side. 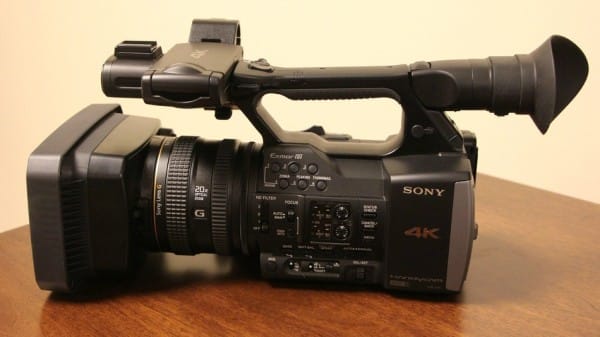 Priced at $4500, this camcorder is certainly not one for everyone. Rather Sony has made this camcorder for independent film-makers and other such individuals who are not into this field for professional content creation.

Sony aims to make the camcorder available by mid October. FRD-AX1 can record 4K video at a resolution of 3840 x 2160 at 60p. However, you can switch to the HD mode and capture HD content, although it will be captured at a resolution of 1920 x 1080.

Another major device that Sony has announced is the HDR-MV1. It is essentially a new music video recorder which comes with support for high-quality sound as well as high-quality video. It has a lens with wide-angle together with support for NFC which lets it pair easily with smartphones. You can use your handset as a view-finder for the recorder.

Compared to FRD-AX1, HDR-MV1 is certainly a lot more affordable, arriving with a price tag of $299. At this price, it is certainly a great choice for amateurs as well as professionals alike.