Most smartphones now are equipped with single and dual-core chips. But MediaTek has launched the world’s first quad-core system-on-chip (SoC), the MT6589. The MT6589 features a PowerVR Series5XT GPU, high-performance multimedia support (13MP/3D camera, 1080p 30fps/30fps low-power video playback and recording), up to a 1,920 x 1,080 resolution display and a built-in 42Mbps UMTS/CDMA/TD-SCDMA-capable dual-SIM dual-active radio. Have a glimpse at the specification. 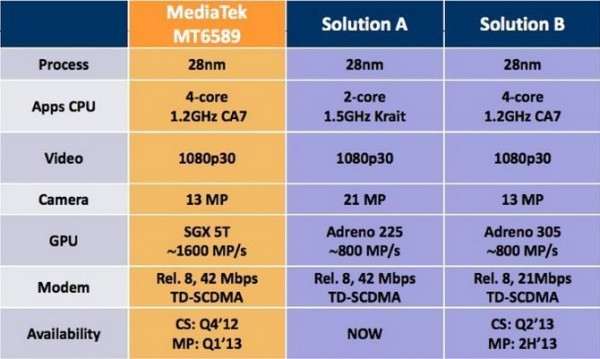 The MediaTek chip will also be set in smartphones. Till now, no carriers have announced to use this chip in smartphones. But it is expected that those smartphones integrated with quad-core system-on-chip (SoC) will be rolled out in the first quarter of 2013.

Linaro and Samsung Bring Exynos 4210-Based Origen Development Board