MSI has released its new touch model, Wind Top AE2070 in response to the increasingly demand of touch capability and the 20-inch Wind Top AE2070 is with USB 3.0 and Wind Touch 4 UI.The  company’s new Wind Top AE2070 AIO doesn’t buck the trend and is another classy edition to a growing number of AIO PCs and this  iteration also has a 1600 x 900 display, but steps up to USB 3.0 and can be upgraded to a 3.1GHz Core i3 processor and NVIDIA GeForce GT540M graphics……… 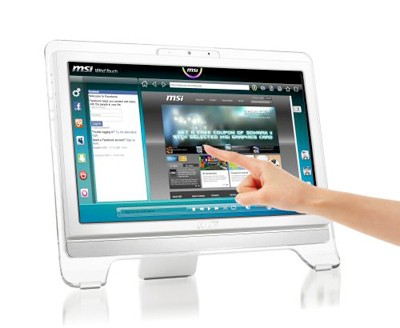 MSI, the global leading brand of All-in-One PCs has released its new touch model- Wind Top AE2070 in response to the increasingly demand of touch capability. The perfect 20-inch, multi-touch LCD screen with MSI proprietary Wind Touch 4 smart user interface and value-added software allow you to connect social networks and embrace the digital life all at one move of your finger tips. The built-in Intel 2nd generation Dual-core Processor G620 and Intel HD Graphics 2000 deliver breathtaking graphics performance you can enjoy seamless videos and vivid image in the best response time. Wind Top AE2070 also provides hardware upgrade options so you can customize the AE2070 with Intel Core i3 CPU or NVIDIA GeForce GT540M high-performance graphic card based on your own need. Experience the revolution of all-new touch control technology from now on!Wind Top AE2070 comes with MSI’s proprietary Wind Touch 4 user interface to provide full touch control support. The web browser is equipped with dedicated tabs and menu buttons for social networking websites by default so you can surf the web and keep in touch with your friends through Facebook and Twitter at the same time without having to open another window. The Wind Touch 4 smart user interface also consolidates diverse popular programs. The most commonly used music and photos are always shown in interchangeable windows while other applications and games are available through a semi-hidden rotating menu. The calendar on the home screen offers digital sticky notes to make it even easier to keep track of important tasks and dates. When connected to the Internet, the desktop background in the Wind Touch 4 can automatically display the local weather and time. A cloudy sky would be shown when the weather is overcast while a night scene would displayed during the evenings -to make it an interesting state of interactivity. 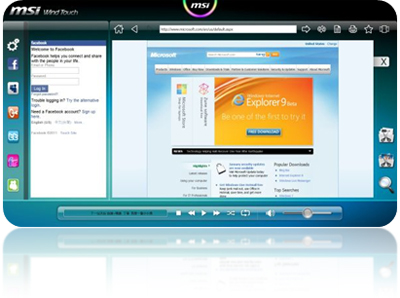 The Intel H61 high-speed chipset and the second generation 32-nm technology integrates the CPU and GPU into a single chip for improved adaptive performance and onboard graphics capabilities. The AE2070 comes standard equipped with the dual-core G620 CPU which can be upgraded to the Intel Core i3 CPU clocked at 3.1GHz with 4-way multitasking support as needed.Intel Smart Cache technology distributes the workload to each core as necessary to optimize the performance of the computer.The Wind Top AE2070‘s standard 20-inch screen supports resolutions up to 1600 x 900. The integrated Intel HD Graphics 2000 graphics can also be supplemented with the optional NVIDIA GeForce GT540M discrete graphics card so that whether you are enjoying HD movies, new HTML5 websites, or running the latest DirectX11 games, you can enjoy even smoother and clearer imagery. In addition, the two 3W speakers on the Wind Top AE2070 support SRS Premium Sound. The cinema-grade audio quality delivers everything a user could ask for and provides an exceptional balance between high-quality Audio-Visual effects. 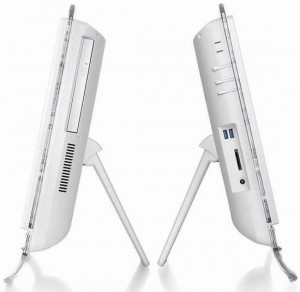 USB 3.0 ports are provided which are backward compatible with USB 2.0 and 1.1. Tests have shown that USB 3.0 can reach transfer rates of up to 4.8 Gbps. This means that 1GB data from USB flash can be transferred to PC in just 3.3 seconds, it’s around 10 times faster than USB 2.0, greatly speeding up transfer times of digital files. The ‘Super Charger’ is an exclusive MSI feature that allows USB 3.0 devices to be charged while the computer is turned off. Charging times have been reduced by 40% to let you to stay on the move with your high-performance peripherals.The 500GB 7200rpm high-speed hard disk enables you to store large amounts of digital content. 2GB of DDR3 memory is sufficient for the general computing needs of most users and can be upgraded to up to 8GB to satisfy advanced users. The Wind Top AE2070 also comes with a Tray-in DVD Super Multi and 6-in-1 card reader. The ease of data access makes it easier for you to edit and process videos, music, photos, and more multimedia files. 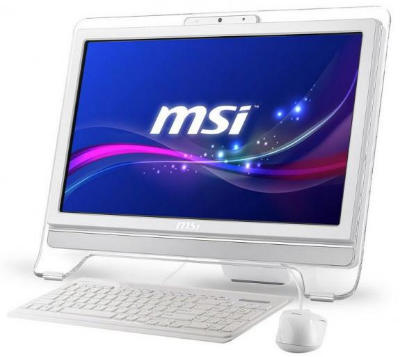