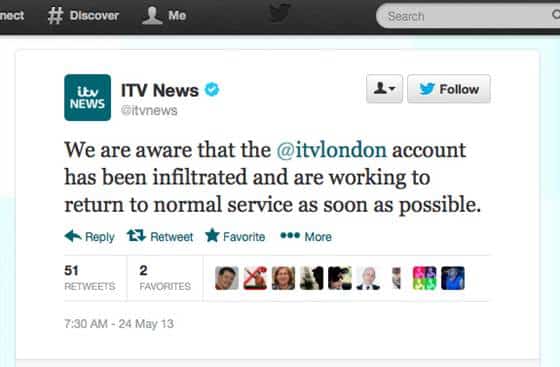 As soon as ITV came to know about the hack, the TV station said on its national Twitter account, “We are aware that the @itvlondon account has been infiltrated and are working to return to normal service as soon as possible.”

Later, an ITV spokesman said, “The ITV News London Twitter account was compromised for a short time but has now been secured and the Tweets have been deleted.” The spokesman also mentioned that the security breach was triggered by a phishing email. When he was asked whether ITV News had enabled the two-step authentication security feature to its account or not, he replied he was not “sure.”