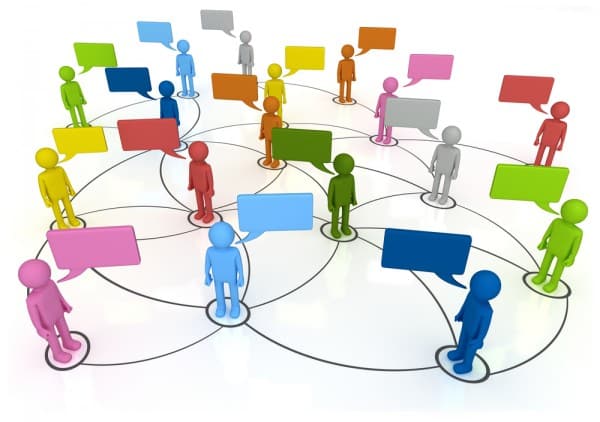 Instant Messaging (IM) is a set of communication technologies used for text or video based communication (depends on the IM protocol) between two or more participants over the Internet or other types of networks. IM allows effective and efficient communication, allowing immediate receipt of acknowledgment or reply. Many people use some common IM services like AIM, GTalk, Yahoo Messenger, Facebook Messenger etc. So, today we will present to you some best PC and Mac IM chat client alternatives. Trillian is modern instant messaging for home and work that prioritizes chat interoperability and security. It can connect to multiple IM services, such as AIM, ICQ, Windows Live Messenger, Yahoo! Messenger, IRC, Novell GroupWise Messenger, Bonjour, XMPP, and Skype networks; as well as social networking sites, such as Facebook, Twitter and MySpace; and email services, such as POP3, IMAP, Gmail, Hotmail and Yahoo! Mail. There are many things to like about Trillian. The client works on Windows, Mac OS X, Linux and, in 2010, added support for Android, iOS and Blackberry. There is a free, ad-supported version available alongside a Pro $20/year (or $60 one-time) version that includes cloud history, tabbed chats and email integration. And there’s even a business version sold at $2/per user, per month, which supports advanced local networking and security features. However, Trillian has become a very popular IM chat service to many people. People who need a powerful, versatile messenger should try this once. You can download the app from here. Nimbuzz is a proprietary cross-platform instant messaging aggregator for smartphones, tablets and personal computers developed by Nimbuzz B.V. This app spans Windows, Mac OS X, Android, iOS, Blackberry, Windows Phone, Nokia phones, Java-based phones and the Kindle Fire, making Nimbuzz a frontrunner for anyone who wants to use the same messenger at home and on the road, or having an older phone that doesn’t run iOS, Android or Blackberry.

Unlike the other apps, Nimbuzz abandons older chat protocols and focuses only on Facebook and Google talk. It also supports VOIP with video. However, Nimbuzz provides an attractive interface and a lot of functionality, including numerous “Buddy” plugins that let users search websites, meet strangers and find jokes through the client. At present, around 150 million people in 200 countries are using Nimbuzz. Click here to download this app. Pidgin (formerly named Gaim) is an open-source, multi-platform client. The IM service includes AIM, IRC, MSN, ICQ, Yahoo! along with MySpaceIM, Facebook and Google Talk, as swell as some lesser-known protcols like Sametime, Gadu-Gadu, SIMPLE and more. The client works on Windows, Linux and other UNIX operating systems. Besides, there is a similar client of this called Adium for OS X.

However, Pidgin is compatible with the following chat networks out of the box: AIM, ICQ, Google Talk, Jabber/XMPP, MSN Messenger, Yahoo!, Bonjour, Gadu-Gadu, IRC, Novell GroupWise Messenger, Lotus Sametime, SILC, SIMPLE, MXit, Zephyr and MySpaceIM. Besides, it can support many more with plugins. You can download it from here. Digsby is another fully-free open-source IM client for Windows, Mac OS X and Linux. It is quiet traditional and the old-school interface is designed for use as a toolbar on the left or right of your display and doesn’t distract users with a multitude of options and excessive notifications. To be more specific, Digsby is an instant messenger, and it does typical IM things. This includes messaging notifications, notifications through email and an optional widget, and some skin customization options. But unfortunately, it doesn’t support Skype or IRC. This is a good choice for folks who like a simple, purpose-built app, although it lacks the advanced features that power users demand. Click here to download this app. If you’d like your instant messenger to place a priority on video chat, Jitsi may be just what you need. This free, open-source client works on Windows, Mac OS X and Linux. While most clients now offer video chat, Jitsi focuses on it, which means it has a beefy list of features; conference calls, call transfer, auto answer/forward, call recording, and much more. Jitsi supports the SIP protocol, which means it can be used to call others using VOIP programs with SIP support. This includes Skype users who pay for Skype Connect.

Jitsi also works as an instant messaging client and supports the usual protocols like AIM, ICQ, MSN/Windows Live, Facebook, Google Talk and more. Noticeably absent choices include IRC and MySpace. Overall, this is a great all-in-one solution for folks who’ would like to replace Skype with an open-source alternative. If you want to download it, then click here.