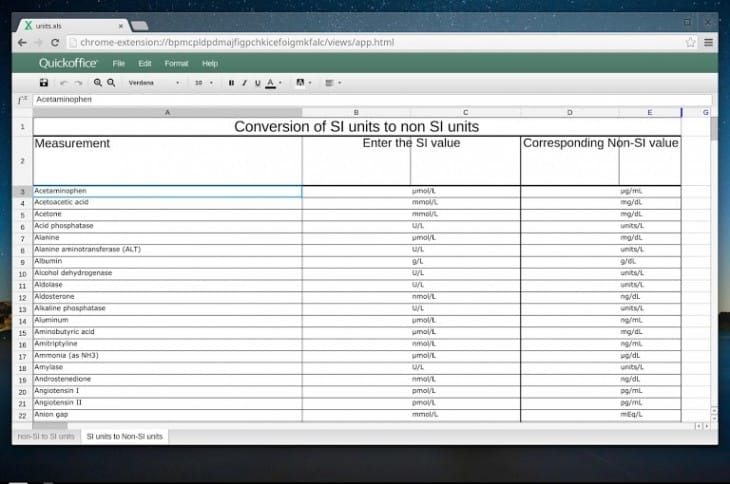 Google has quietly rolled out a significant feature in its latest build of Chrome OS. The new feature essentially allows users to edit Microsoft Word and Excel files without any hassles. Interestingly, Google didn’t highlight or announce the new feature when releasing the new build. The code review cited alongside the latest build merely mentions about an ‘Improved Quickoffice editing about:flag.’ That’s the only mention of the new feature in the new build.

Apparently, the update brings comprehensive functionality of editing Microsoft Word and Excel files to Chrome OS machines. However, other Office files, such as PowerPoint, are still missing from the list. So we can only hope that Google will extend similar support for them in the coming days.

If you own a Chrome OS device or machine and wish to make use of this new feature, you simply need to navigate to the dev channel and go to ://flags. Here, you will be presented with the option to ‘Enable document entry.’ Hit the option, which will enable the feature on your machine

Now, you will be prompted to Restart your machine. Upon restarting, you will be able to use and edit Microsoft Word and Excel files without any hiccups. For now, the feature is available only in the dev channel, after which we can expect it to reach the beta channel. Once it gets okay-ed by the beta channel, Google will finally make it available in the stable version of the Chrome OS.