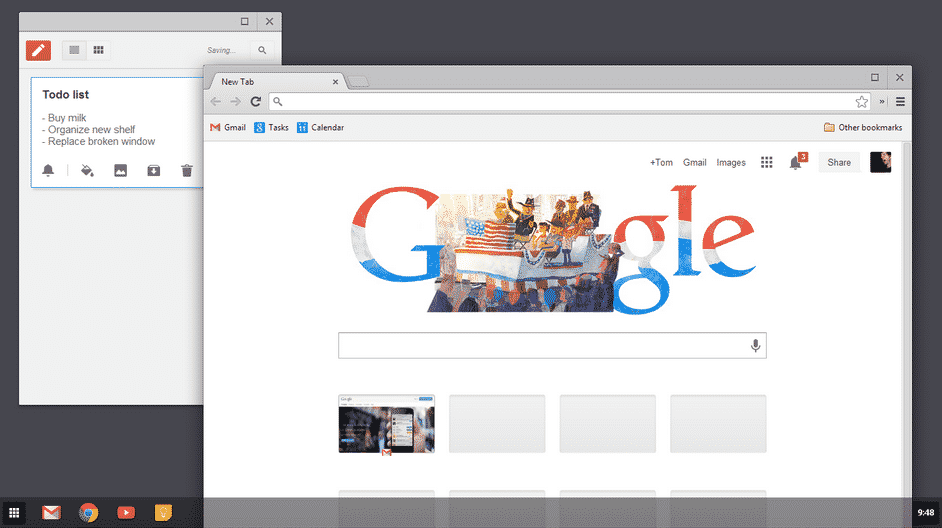 It has often happened to many of us that right in the middle of some intensive online work, one of the countless Chrome tabs suddenly goes audio and we have a really hard time trying to find it. Google has finally resolved the issue by pushing out indicators for audio, web-cam using and TV-casting tabs in Chrome 32 Beta. Audio indicator:
These three are the major features of Chrome 32 beta build, although Google has packed many other features as well. The aforementioned features let you identify a sound-making tab simply by looking at the tiny icon added to the top of it. The icon is in the form of a speaker, instantly letting you reach the source of the sound.

Webcam using and TV casting tabs:
Similarly, if any tab is making use of your webcam, a red dot which typically indicates that recording is being done, appears on that tab. This way, if you have accidentally left a webcam-recording tab unattended, you are able to reach back to it quickly. It is also a good safeguard against any such phishing sites which may try to perform webcam recording without a user’s content. Finally, the third feature of the same league is the indication by the browser whenever the content from a tab is being cast to your TV. The icon for this is a small display which appears next to the tab’s name.

Auto-block of malware downloads:
While these are the most exciting features of Chrome 32 beta build, there are many other new features that Google has packed in it. For instance, the beta arrives with automatic blocking of malware downloads as well as a new look for the Windows 8 metro mode. For users who access Chrome in the metro mode of Windows 8, the Chrome 32 beta build will offer managing multiple Chrome windows as well as the ability to launch Chrome apps from a central app launcher.

Download Final Version of Firefox 4 for Android and Maemo