Apple’s key focus during WWDC 2013 is the announcement of upcoming releases and products. However, side by side, Apple doesn’t forget to stress on its sales numbers, which are always impressive. The company has revealed that it has shipped out some 28 million copies of Mountain Lion so far. 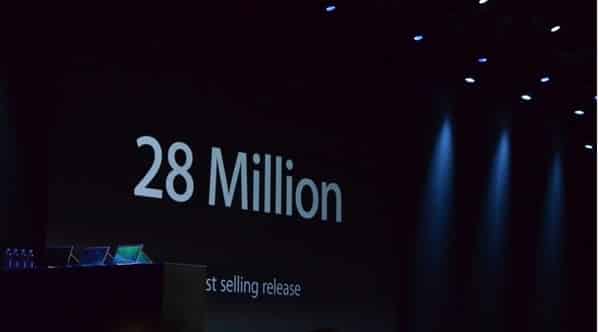 Apple usually focuses on its iOS statistics, since they are far more impressive as compared to the OS X numbers. However, in the case of Mountain Lion, Apple has certainly bagged a major achievement by selling 28 million copies.

According to Apple’s chief, Tim Cook, with so many sold copies, Mountain Lion is the best-selling Mac release of all time. Cook went out to cite how successful Apple had been in persuading Mac users to update, stating that 35 percent Mac users have already updated.

Evidently, Apple chiefs tried to highlight the success and popularity of Mountain Lion in a bid to let the Mac users know that they may want to update to the new OS X Mavericks which comes with a whole lot of new features. In general, the switch to a new version of OS X has remained rather high among Mac users, as compared to users of other operating systems.