Have you ever imagined a phone that would transform physically the way you’d want it to? Not just a holograph but an actual physical change in the design. This is what is behind the concept of a 3D floating phone. A number of designers contributed to this concept and shaped it up. These include Messizon Li, Yang Fan, Linghan Liu, Li Ke, Pengcheng An, Yunlong Zhu & Zhangxia Ruan. The phone uses both E-Ink and Screenfloat tech, two new technologies and can physically generate shapes on it’s surface.

This handset is particularly useful for the blind users because it generates different shapes on the screen, physically. For instance, you can create a keyboard on the screen, a keyboard which you can physically feel with your fingers. In this way, you can customize nearly the entire User interface and shape the screen as you wish to. Its like above the actual display, there’s a floating screen that morphs into different shapes. This screen contains a panel which is made up of silicon, carbon, different metals and plastic polymer. 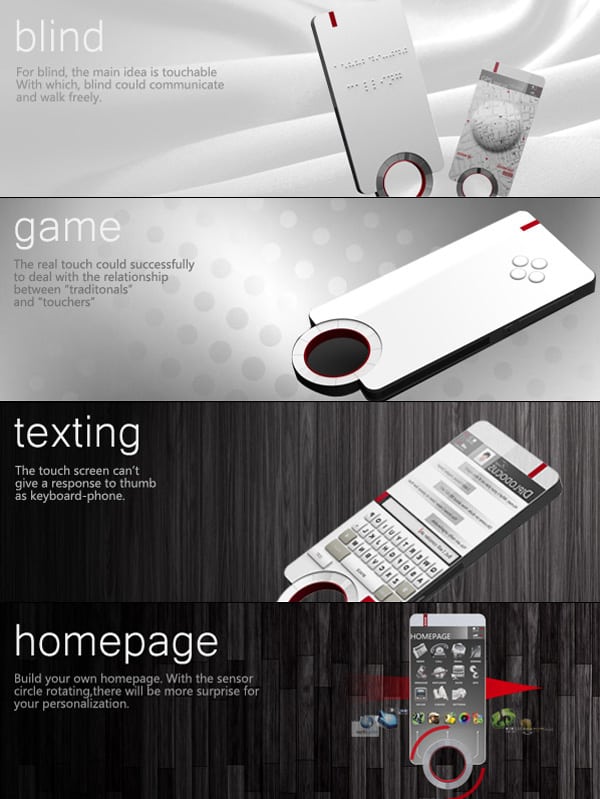 This may sound very unreal but it is very much possible. And the concept that is being proposed is very practical. This is how it works: an ultraviolet is cast on the screen which comes from under the surface of the screen. The screen responds to this ray and morphs correspondingly. Reports say that Microsoft is already working on such an idea. If this is true, this would indeed a huge step forward, especially for blind users as they would then be able to navigate very easily on such a phone. Just imagine if Apple takes this, couples this technology with Siri and releases on an iPhone, that would be most user-friendly and awesome phone to use, even for people with any disabilities. 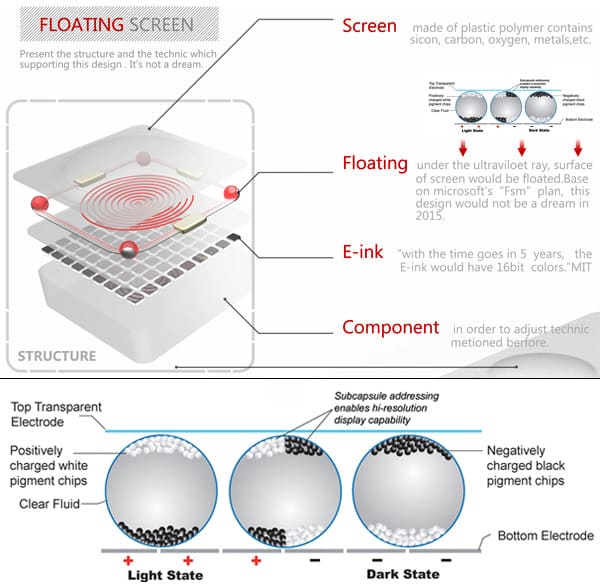