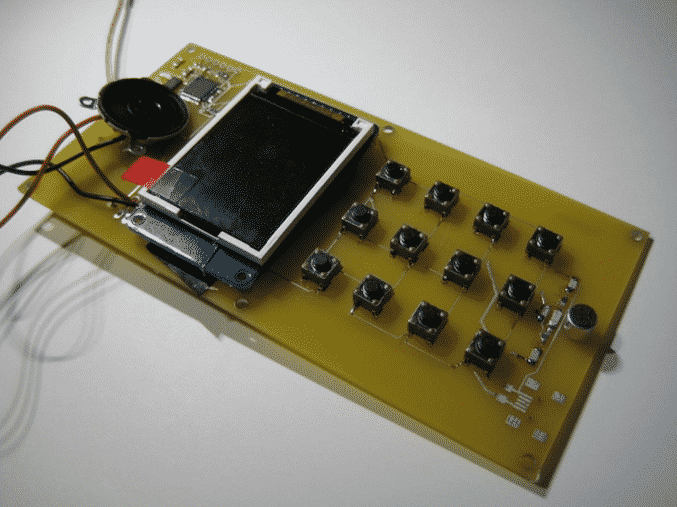 Mobile phones are found in everyone’s hand now. Some are cheap, some are costly. But have we found any mobile phone in anyone’s hand that are self-made? I guess, No. MIT‘s High-Low Tech research group has shown prototypes of DIY Wooden mobile phones. You can make voice calls only from this device. We have covered the news in details below. Though, this is not a smartphone, but MIT’s approach to make it is absolutely remarkable. In order to built this cell phone they have used a wooden case, an antenna, and big buttons. The initial prototype combines a custom electronic circuit board with a laser-cut plywood and veneer enclosure. The phone accepts a standard Subscriber Identification Module (SIM) card and works with any GSM provider. Cellular connectivity is provided by the SM5100B GSM Module. You can find it in SparkFun Electronics. The team used a color display of 1.8″, 160×128 pixel, TFT screen manufactured by Adafruit Industries. Flexures in the veneer allow pressing of the buttons beneath. This prototype won’t perform like the smart phones, but currently, the software supports only voice calls. It has the capability to send SMS’s and can do other functionality work, but that features will be added with the same hardware later. All together, the parts will cost $100-$150.

The attempt of making DIY wooden mobile phone by MIT’s High-Low Tech group is encouraging. Who knows? May be in future people will use their self-made mobile phones.

Successor Of HTC One X Is Under Processing