All eyes are set on Samsung as it is gradually moving towards what nearly everyone expects to be a launch event for the upcoming flagship Galaxy device on May 3rd. The company released somewhat of a teaser earlier and has pricked up our interests. Now, Samsung has confirmed that the new Galaxy smartphone will come equipped with a quad-core Exynos 4 Quad processor. 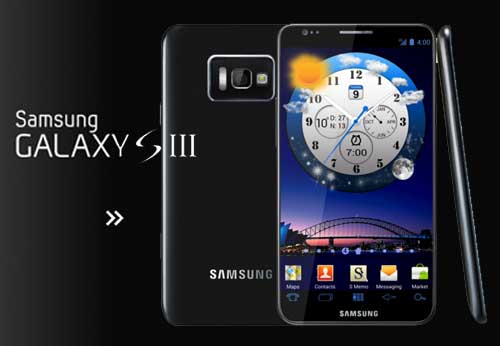 For all those who intend to lay their hands on the new Galaxy release as soon as it hits the shelves, this is definitely good news. The use of an Exynos quad-core processor means that the smartphone will land with four ARM Cortex A9 cores. In simpler words, this essentially means that the device will be able to furnish two times the power while using 20% less power!

Reuters reported, ‘Samsung said it is sampling the chips to major handset makers as it seeks to expand its customer base from Apple Inc to its handset rivals such as Nokia, HTC and Motorola.’

This Galaxy release will pretty much decide Samsung’s fortunes and its position in the smartphone market, as opposed to Apple. Apple is also gearing up to stand up to the challenge and release its next iPhone some time later this year. What remains to be seen is that which one of these two will be able to hook up the world with dazzling features and better performance.

Apple is also expected to debut its next iPhone with a quad-core processor but that is still just a rumor and there is no solid word on that yet.

[Tutorial] How To Cut MP3 Files