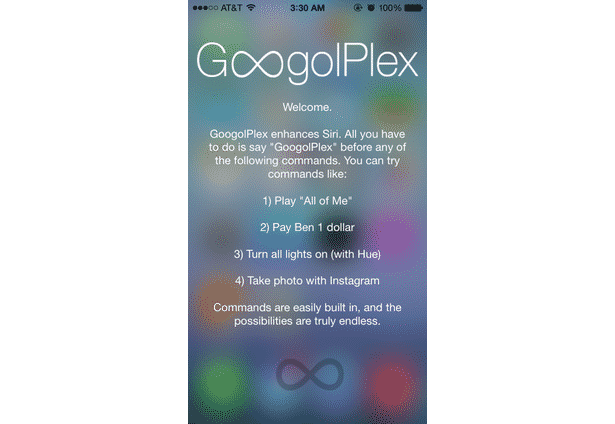 Siri is the best voice-based virtual assistant that is commercially available on mobile devices today. But it’s limited to only a few apps, which is annoying. A group of students have now devised an excellent solution to overcome this limitation. The hack is called GoogolPlex and will be shown off at the upcoming PennApps Spring 2014 Hackathon. The hackathon is scheduled between Feb 14 and Feb 16 and is the largest university hackathon in the U.S.

GoogolPlex has been created by Ajay Patel, Alex Sands, Ben Hsu and Gagan Gupta. All of them are freshmen students in M&T program at the University of Pennsylvania. The best thing about their Siri hack is that it doesn’t need jailbreaking.

And yet, GoogolPlex adds support for many new apps to Siri. These include the likes of Spotify and Instagram, which means that you can ask Siri to accomplish tasks like looking music up on Spotify. The M&T freshmen say that they were frustrated over Siri’s lack of support for many popular third-party apps and as a result, they decided to find a good enough solution for it.

According to the official GoogolPlex site, you can make use of this hack by following these simple steps:

Without a doubt, this is one of the coolest iOS hacks which don’t require jailbreaking your device.