RIM to unleash redesigned BlackBerry App World 3.0 on August 22nd and it features a retooled interface for quick perusal of apps, games and themes. Another added feature is the My World storage folder that keeps all of your downloads on the home screen and lets you wirelessly reinstall them should you accidentally delete one or upgrade devices and also BB music service will be a part of this release………….. 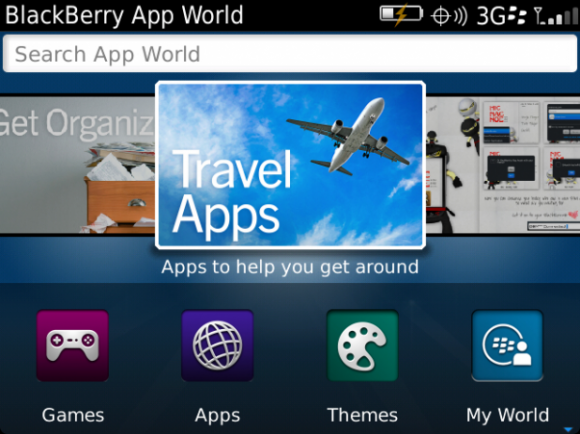 The BlackBerry App World 3.0 went into beta back on August 5th, but August 22nd is a day that the 50 million+ BlackBerry users will want to mark down and this coming Monday is the date that RIM is intending to push out the final version to the masses. RIM is getting ready to unleash a new BlackBerry App World 3.0 and the recently rumored BlackBerry music streaming service could be released around the same time. BlackBerry App World 3.0 is expected to have a completely revamped interface with a home screen that’s been enhanced to make it easier to discover the latest and greatest apps, games, and themes. The home screen will now have rotating banners that display what’s new and exciting and apps downloaded are stored digitally in your own personal storage folder called My World. If you accidentally delete an app or upgrade to a new BlackBerry smartphone, you can wirelessly re-install the app at no additional cost. Apps can be paid for using PayPal or by credit card. And, you can scan barcodes associated with a BlackBerry app to quickly find it in the App World storefront. Rumors of RIM nearing completion of its BlackBerry music streaming negotiations surfaced earlier this week. It’s believed that RIM has already signed deals with one of the four major record label companies and is set to secure another two.

[Video] Turn Any Surface Into A Touchscreen With New Ubi…