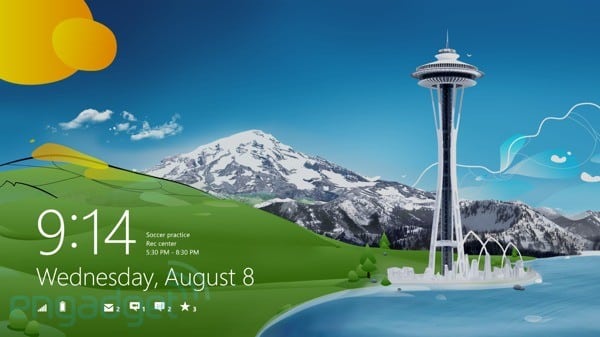 Microsoft has finally released the final build of Windows 8. The build is available for MSDN and TechNet developers for now but will become widely available to all users soon. The company already launched a number of Windows 8 betas in the past but this RTM release is as close to the full version of Windows 8 as can be. Read further to get a glimpse on what’s new in Windows 8 RTM. If you have tried your hands on the earlier Windows 8 betas, you probably know most of the features of the OS already. The final build brings only a few, but significant, new features which we haven’t yet seen in the earlier builds. For instance, we were told that Microsoft will include a tutorial for Windows 8 users when they start using it, so as to give them an idea of what new features it includes. Until now, no Windows 8 built had included the tutorial but RTM now features this tutorial which is brief and concise.

The eminent changes in the final build are listed below:

Better customization options for graphical changes:
The main difference that you will see in the RTM and earlier builds of Windows 8 is that RTM comes equipped with better customization options for the Start Screen. You can tweak the color settings of your Start Screen with better options and can also add one of the 14 ‘personalized tattoos’ to your screens. These tattoos are patterned backgrounds and borders for the Start Screen. New Start Screen icons:
A number of Start Screen icons have been significantly changed. The ‘Store’ icon simply featured a shopping bag in the earlier builds but in RTM, it has a Windows icon plastered on one side. Similarly, the icon for SkyDrive has also been altered.

New Bing App:
In the past builds, Microsoft has unveiled a number of Windows 8 apps which will be a part of the OS. Until now, there was no Bing app but in RTM, there is a clear, metro-branded Bing app. It is a neat app that launches with a single search-bar against a black background. One you punch in a search query, it starts providing suggestions. The coolest part is that the results will be displayed as tiles and not in the regular, linear, boring fashion. Desktop vs Metro in Windows 8:
Desktop and metro, as we all know, will be two chief modes in Windows 8. While in metro mode, users will be able to run metro apps and it comes equipped with far more appealing visuals, desktop is relatively simpler in comparison.

The settings of desktop’s color scheme and wallpaper are quite independent from those of metro settings. Interestingly, the default wallpapers for metro are mostly unreal and are created visually. In contrast, the wallpapers for desktop are photographic and real. While all these features make Windows 8 even more appealing, all eyes are set on Windows Store. The Store, although it offers a fairly adequate number of apps, still needs to have lot more to hook up the millions of potential users in the coming days. We can expect that with the release of RTM, developers will put the final strokes to their apps and submit them for the Store. Microsoft can make its official launch of Windows 8 on October 26th a successful event by coupling it with the release of a whole plethora of apps – that is sure to get the attention of the users.