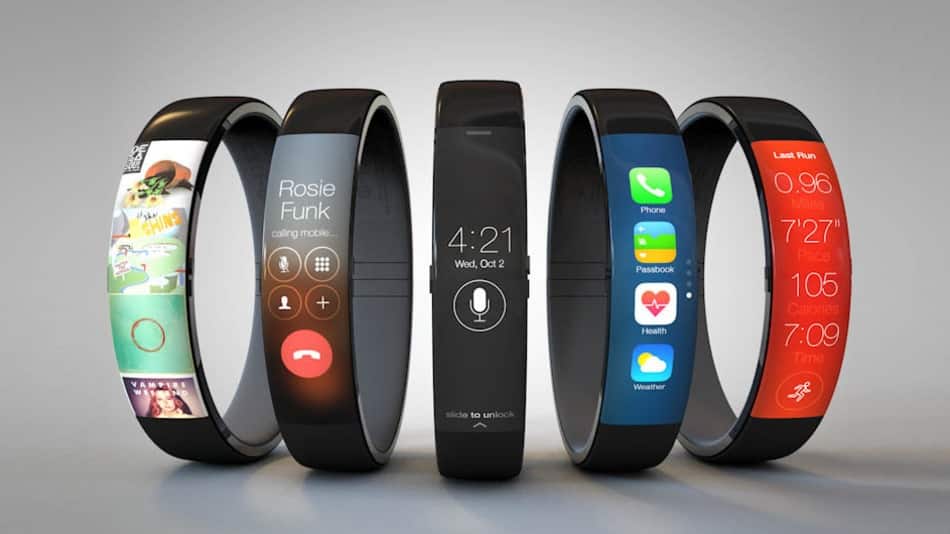 We have seen a number of iWatch concept designs in the recent past, many of which were very well done but a tad bit unrealistic. A new iWatch concept now combines elegance with practicality and a familiar iOS interface. iWatch concepts have been cropping up for quite some time, ever since it was rumored that Apple may launch a smartwatch soon. However, the tech titan hasn’t divulged any plans of launching such a product so far and it seems unlikely in the near future.

But that hasn’t discouraged tech enthusiasts from offering their own take on the idea of iWatch. Todd Hamilton, a professional interface designer at San Francisco, has now unveiled a new iWatch concept which packs an excellent design and an interface which is a direct inspiration from Apple’s iOS 7.

According to Hamilton, he was inspired to create the design when he saw another iWatch concept last year. He says, “However, it had a major flaw: The orientation of the interface made it impossible to use…I wanted to retain a slim form factor like the FuelBand and incorporate familiar UI components from iOS 7.”

The result of this is an elegant band-like iWatch which comes with a vertical interface. The vertical interface makes it possible for a user to actually interact with the display without facing any issues. Data is similarly displayed in a way which is easier to handle and a video posted above shows how different tasks can run perfectly smoothly in Hamilton’s iWatch concept.