Most of the campers, travelers and festival goers face a common problem – washing cloth problem. But that problem won’t be lasting any longer. However, a 34 years old person named Ash Newland from Melbourne, Australia, has made a pocket-size portable washing machine called Scrubba that cleans clothes in just 5 minutes.

Scrubba is basically a bag. It weighs only 180g and is made from a waterproof material and contains a flexible washboard which cleverly cleans away any dirt. However, when three liters of water, liquid soap, and dirty washing are added to the bag, users have to simply fold and fasten it closed, and rub it to clean the clothes inside. 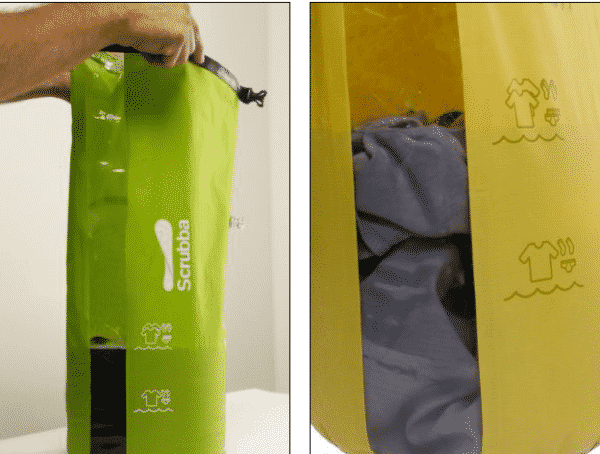 Vodafone May Sell Its Verizon Wireless Stake For $130 Billion