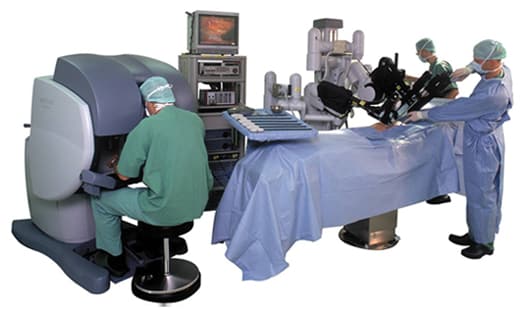 Playing games on PCs and game consoles is rarely considered anything but entertainment by most people. However, studies have repeatedly demonstrated that avid gamers have better reflexes than non-gamers. And now, a new study shows that high school gamers prove equal to professional surgeons in using robotic surgery tools. Robotic surgery is the breaking-edge technique which makes use of a number of new tools to perform surgeries. As the name suggests, it requires an excellent hand-to-eye coordination. A new study at University of Texas Medical Branch (UTMB) ventured to see how gamers perform when using robotic surgery tools.

Many games require excellent hand-to-eye coordination and that is why the study sought to see the gamers’ performance when using the surgery tools. For a fair comparison, the study also asked a group of physicians to undergo robotic surgery simulation tests.

Most of the gamers who were asked to undergo the same tests hailed from high schools and colleges. The results of the study were very intriguing in that it was found out that both the gamers and physicians performed equally well in these tests. This was despite the fact that physicians had pursued studies in the field of medicine where gamers had no background in performing surgeries.

According to Sami Kilic, who was the lead author of the study, “Most physicians in practice today never learned robotic surgery in medical school. However, as we see students with enhanced visual-spatial experience and hand-eye coordination that are a result of the technologically-savvy world they are immersed in, we should rethink how best to teach this generation.”