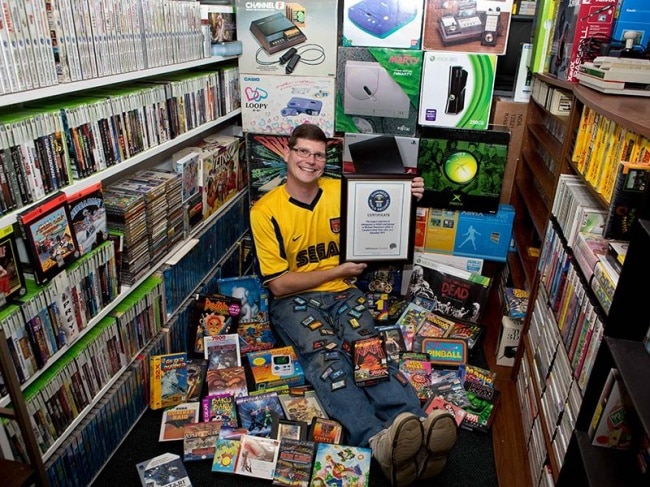 If you think you have an extensive game collection, you are in for some tough competition. Michael Thomasson from New York has clinched a new world record by collecting 10,607 games.

Thomasson created this record by supassing the previous high of 8,616 titles by Richard Leece. According to Thomasson, the first game he ever bought was Cosmic Avenger. Interestingly, it was a gift he received on Christmas. This intrigued his interest in games and that soon translated into collecting them.

Currently, the value of the games he owns and the console he plays them on is estimated between $700,000 and $800,000. This, despite the fact that he has sold his collection twice in the past. The first time, he did so to raise funds for a Sega Genesis, back in 1989. Then he sold it yet again in 1998, raising money for his wedding. Since then, he has gotten right back to work and has been collecting games every single day.

His current average is buying nearly two games a day and the yearly annual budget for the purchases is $3,000. With the addition of so games as often, it is no wonder that Thomasson says he is not an avid gamer, “I probably get three hours of playing in a week, if I’m lucky.”

The avid collector has ‘games on cartridge, laser disc. I have VHS-based games, cassette-based games.’ In his work life, he designs games and teaches game design, 2D games and history of video games at Canisuis College, Buffalo.