If you are a Microsoft fan, or someone who has deep affinity towards vintage computer games, or a person who is deeply inspired by Bill Gates, here’s a gem for you. Microsoft has released an iOS app of DONKEY.BAS, the first PC game in the world which was co-written Bill Gates himself. While the original game had 8-bit graphics and sounds, but the universal iOS remake may be somewhat better. 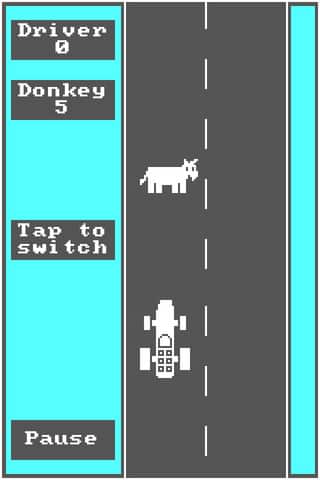 DONKEY.BAS was created by Bill Gates and Neil Konzen in 1981. What is very significant about this game, which may now seem quite silly, is that this was the first-ever PC game the world saw. It was created for IBM PC and originally had 8-bit graphics and sounds.

Now, Developer XVision has recreated the game for iPhone and iPad users. Of course the game in itself no longer would seem interesting at all to anyone. The element on interest lies in the historical significance of the game as well as the fact that it was written by Bill Gates. Game buffs may want to try their hands on it to know how dramatically the gaming realm has shifted from 8-bit games to today’s 3-D games with almost real graphics.

The game is available on iTunes Store for $0.99 and you can purchase it right here.

Xbox 720 Will Come With A Touchscreen Controller

[App of the Week] Icebreaker: A Viking Voyage For The Epic Adventure