Remember Flappy Bird, the game where we had to swear and scream in frustration while the bird flew a whimsical flight? And the fun rules of 2048? Well, here’s a mashup which combines the crazy, fun elements of both games into one: the Flappy48. 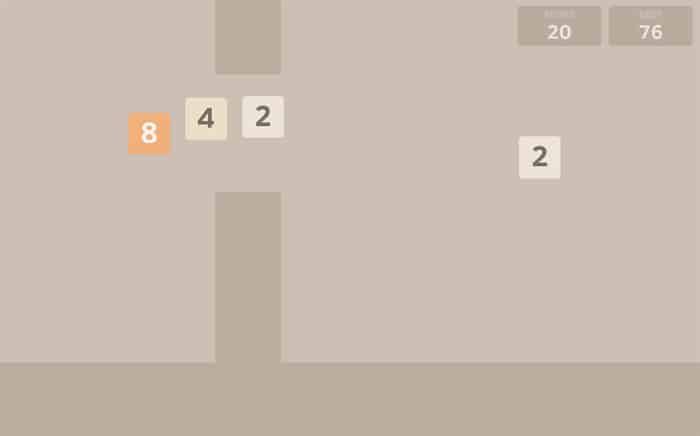 To visualize Flappy48, imagine a bird flying through those Mario tubes in FlappyBird. Now replace the bird with the mathematical jazz that goes on in 2048. So rather than the hovering, humping bird, we have a hovering, humping set of numbers which must fizzle together. And they fizzle together only when they combine by the powers of 2. So when the numbers don’t combine and the chain of numbers gets longer, the flight through the tubes becomes harder. And your number-bird eventually ends up in a ditch.

The game certainly lacks an original idea but the way it brings together the elements of two crazily addictive and recently-popular games, is good work. Flappy48 is currently available for Android users only and it remains to be seen whether or not an iOS version is in the pipeline. So far, the game has attracted raving reviews on the Play Store and enjoys a fairly high rating.

But for those who were prone to throwing their handset on the floor or banging it against their head in frustration as a result of FlappyBird failures, this game may not exactly be a great relaxant. So you may want to sit this one out.