You Rock strums its way into Rock Band 3 Pro mode, thanks to a firmware update for You Rock Digital’s You Rock guitar.You Rock also functions as a MIDI instrument and includes many built in sounds and effects and  You Rock for Rock Band 3 will need to download firmware 1.2…… 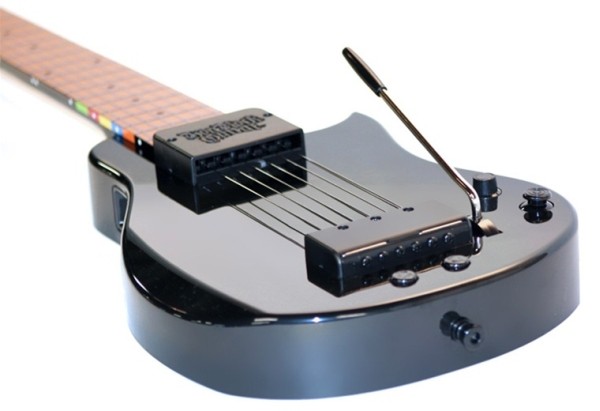 In addition, You Rock Guitar has 25 guitar sounds and 50 synth sounds so players can jam along with the game. “Hearing yourself playing along with your favorite song makes all the difference in the experience,” said Elion. “To those who say lack of innovation has damaged the future of music games, we say, ‘Play a You Rock Guitar.'”You Rock Guitar users should install firmware upgrade 1.2, available from the You Rock Guitar website: http://yourockguitar.com/support/firmware-updates Mad Catz Rock Band 3 MIDI-Pro Adapter and standard five-pin MIDI cable are required. The adapter is available separately from Mad Catz for Nintendo Wii , Sony PlayStation3 and Microsoft Xbox360.