We had reported earlier that Zynga, the company that had been behind many wildly popular and successful Facebook games, has decided to go independent and is launching a gaming platform for it’s own. It now seems that company is working round the clock to make the platform a success upon launch. It just got a major partner after it inked a deal with Konami Digital Entertainment. 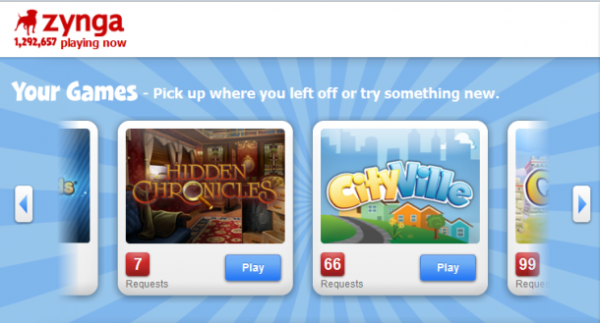 This deal is very, very significant for Zynga. Why? You wouldn’t ask that if you are an avid gamer. But if you are not, well Konami is one of the most well-reputed game developers in the world. The company has, to it’s name, many successful franchises such as Metal Gear Solid, Silent Hill etc. By inking it’s deal, Zynga is making sure that it’s platform will be a success right upon launch.

Once Zynga platform launches, users will be able to play all the games by Zynga right there. Not only that, Zynga will also be bringing a lot of third-party games, as is evident in the deal that is mentioned above. In the past, Zynga has been a very crucial part of Facebook, contributing up to 12% of the social network’s revenue. Apparently, the gaming giant decided it was about time it stopped the heavy reliance on Facebook and became independent. And hence the plans for a gaming platform of its own.

The analysts are watching this move with curiosity and a diverse set of opinions over it. According to an analysts, “We believe Zynga.com could alter the Zynga growth story going forward. Importantly, Zynga.com represents a reclassification of Zynga’s business model by adding other small-to-mid sized developers as customers.”

[Tutorial] How To Create Online Survey With Google Docs