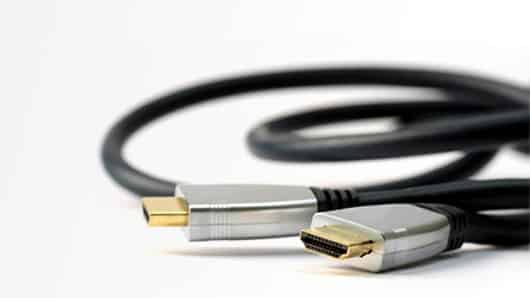 This bump in the FPS rate is very significant, apart from the other notable features offered in HDMI 2.0. The new version includes support for up to 32 channels as well as ‘dynamic auto lip-sync’ which can be a very useful feature for many users. Given that 4K displays are all the rage in modern-day TV industry, HDMI 2.0 is able to support 4K resolution perfectly well.

However, if you try to run 8K videos, at 60 FPS, through HDMI 2.0, it may not go down very well. But that shouldn’t be much of a constraint, given that very few display are using 8K resolutions for now.

The best thing about version 2.0 of HDMI is that it comes in the same shape as HDMI 1.4, which essentially means that it is backwards compatible. So you don’t have to worry about any hardware changes. HDMI Licensing has promised that it will be divulging further details of the new version at a September 6 press conference.