The Ativ Book 9 Plus laptop runs Windows 8 OS and comes with 13.3 inches display providing a super-high-resolution of 3,200 x 1,800 pixel along with Gorilla Glass screen. The Ultrabook measures at 0.53 inches and weighs 3.1 pounds. This device is thinner and lighter than the Apple notebook. Other specs of this Ultrabook include Intel Core i5-4200U processor, 4 GB of RAM and 128 GB solid-state drive.

On the other hand, the 10.1-inch Ativ Tab 3 features Intel Atom Z2760 processor, and comes with 2 GB of RAM and 64 GB of SSD (solid-state storage). The device has a display resolution of 1,366 x 768 pixel. The tab comes with S Pen digital stylus, as well as a cover with a built-in Bluetooth keyboard and kickstand. Samsung also throws in Microsoft Office Home & Student version. According to Samsung, the Ativ Tab 3 is the world’s thinnest Windows 8 tablet which is measured at just 0.31 inches thick and weighs 1.28 pounds. This tab is even thinner than the newest iPad which is 0.37 inches thick and weighs 1.44 pounds. 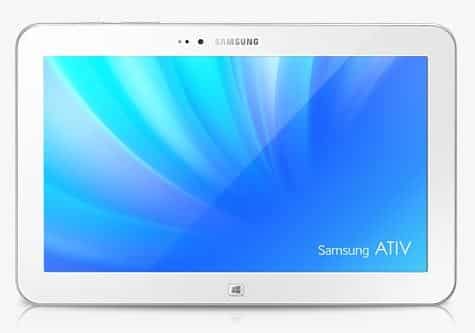 NSA Claims Its Surveillance Involves Only 1.6% Of Internet Traffic