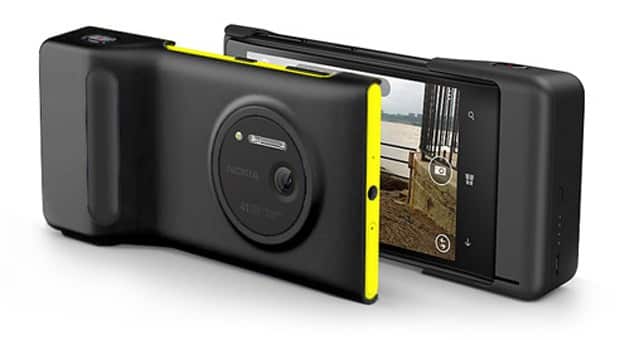 After the Amazon‘s promo deal, AT&T is now offering the Nokia’s 41-megapixel camera phone Lumia 1020 for $199.99 with a two-year contract. The Windows Phone originally launched for $299 back in July. As the Lumia 1020 adoption was low due to its high price, but for now you have a chance to grab it with the reduced price. As we came to know that the price for the device has been slashed permanently to $199 with two-year contract, and with a 1-year contract offering the price up to $449.99. If you buy this smartphone from Microsoft Store, you’ll even get a free black camera grip as a limited-time offer. The accessory usually costs $74, so you better hurry to grab the offer if you want because it expires on September 22.

In case if you’ve forgotten, the Lumia 1020 features a 4.5-inch Super AMOLED display with 720p resolution and a Super Sensitive panel. There’s Bluetooth, 802.11 a/b/g/n, GPS, a microUSB port and a 1.5GHz Qualcomm Snapdragon S4 Plus.