Ads displayed on a laptop or a tablet may not experience accidental clicks because users have ample space to navigate. But on a smartphone display, a user may end up clicking on one by mistake, simply because the display is a lot smaller. Google has now dished out two-step verification to avoid such accidental clicks on mobile ads. 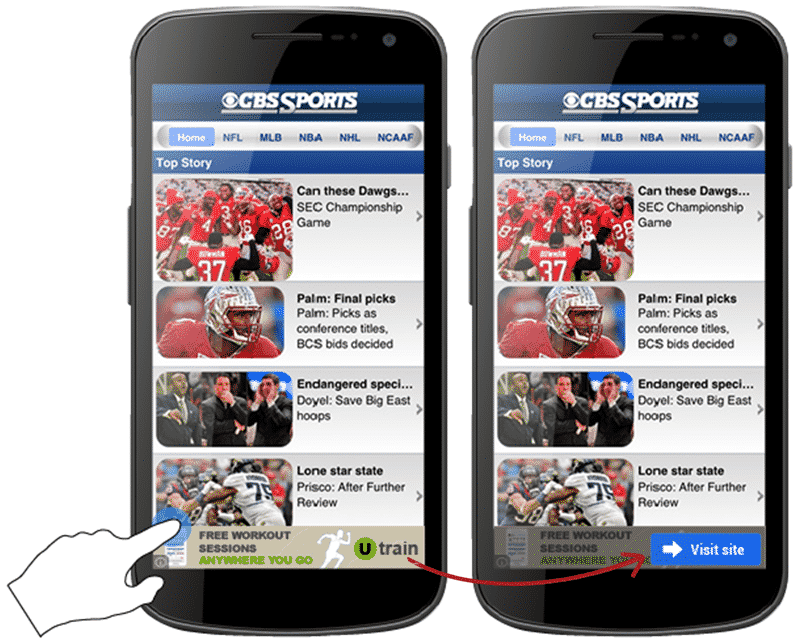 In a post on Google’s Mobile Ads blog, the search giant states that when a user accidentally clicks on an ad and then realizes his mistake, closing the opened ad instantly, this bring false value to the advertiser. The advertiser thinks that a user did visit the ad but in reality, the user merely opened it for a second and then closed it.

In the long run, this hurts the publishers and the advertisers, not to mention such accidental clicks can also annoy a user. To avoid this, Google has now announced that it will be implementing a two-step verification process on the ads it displays across smartphones.

The verification method will be applied on all such image-based ads which are displayed within apps. Once you click such an ad, you are asked to confirm the click-through a small banner at the bottom of the page. When you hit the banner, you are redirected to the ad. Otherwise, you stay on your current page and the accidental click is ignored.

This step by Google is certainly commendable since it would help ad publishers gauge their ads value more accurately and also lets the user get a better user experience when using apps.

Seattle Gears Up For A Gigabit Fiber Network

Project Tango By Google Is A 3D Mapping Smartphone

Best Buy Offers Nexus 5 On Sprint For $449 On Replacement