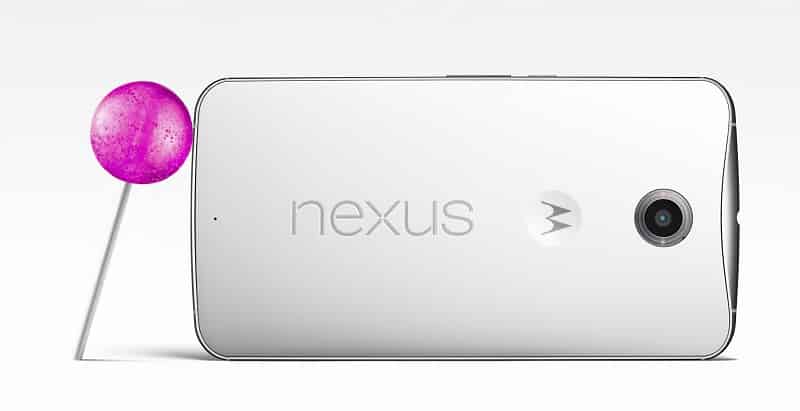 Android fans across the world have been waiting long and finally Google has declared Android 5.0 ‘Lollipop‘ along with the Motorola Nexus 6 and HTC Nexus 9 tablet and new Nexus Player device. Sundar Pochai, Google’s senior vice President of Android and Chrome, has said in a blog post that earlier known as Android L has been named Lollipop. Android 5.0 Lollipop has got different features compared to currently using version KitKat. Initially, Lollipop will be rolling out with new smartphone Nexus 6, tablet Nexus 9 and Nexus Player. But Google has also promised to bring it with previous Google Play Station and older Nexus devices including Nexus Google Play edition models in upcoming weeks. Following the tradition, Google brings the new Motorola Nexus 6 which has got aluminum frame and 6-inch Quad display. It also got 13 mega pixel camera with double front-facing speakers system that will give you better sound quality than ever. But the main plus point is its Turbo charger which can provide you six hours use from 15 minutes charge. For tablet, Google has partnered with HTC. HTC Nexus 9 has 8.9-inch LCD screen which is covered by Gorilla Glass 3. Like previous Asus Nexus 7, it has a soft-touch backside along with brushed-metal edge. It has got 64-bit Tegra K1 processor with 2GB RAM and a Kepler DX1. Nexus 9 will be released with both Wi-Fi and LTE versions.

After all the rumors and anticipations, Google finally unveils the first device Nexus Player which runs Android TV. Asus Nexus Player is basically an Android gaming device that can also stream media players from any audio and video files. You can play all Android games with a gamepad on your HDTV. While playing game, you can switch game from Nexus Player to any Android devices.

The pre-order for Nexus 9 and Nexus Player will be open on 17 October and Nexus 9 will be available in store on 3 November. But Nexus 6 will take some time as it will be up for pre-order late of this month.