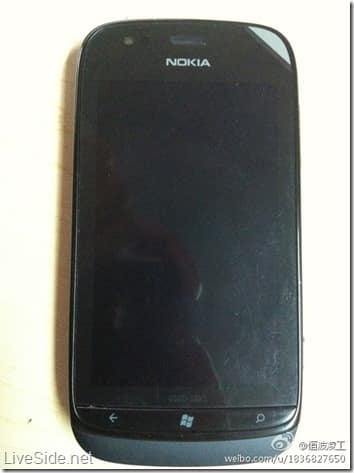 We have been hearing intermittently about Nokia Lumia 719 but so far, Nokia hasn’t announced once about whether or not there really is such a smartphone or that when we may actually get to see it. Well, forget official announcements since a few purported leaked images of Nokia Lumia 719 have surfaced on a Chinese social network. From the claimed specs of the handset, it comes off as a mid-range smartphone. Whereas the device is still not officially declared by Nokia, we do have a few details about it. It was revealed through the Bluetooth SIG filing of the device earlier that the device has a 3.7-inch Clear Black Display, HD video recording and a 5-megapixel camera. While these specs are not too unimpressive, the rest of the details about the handset are not much to talk about.

From the looks and the specs of the handset, both having reached us through leaks, it seems that Nokia is looking forward to place the Lumia 719 handset in its list of midrange Lumia handsets. Moreover, we do have a cue as to when the phone may actually debut. The SIG filing reveals that Nokia intends to launch the device in North America, South America and Asia. However, together with these recent leaked images of the device, there has also been talk of China Telecom. So it may be that Nokia is planning to launch the device in China too, during its March 28th Chinese Lumia launch.