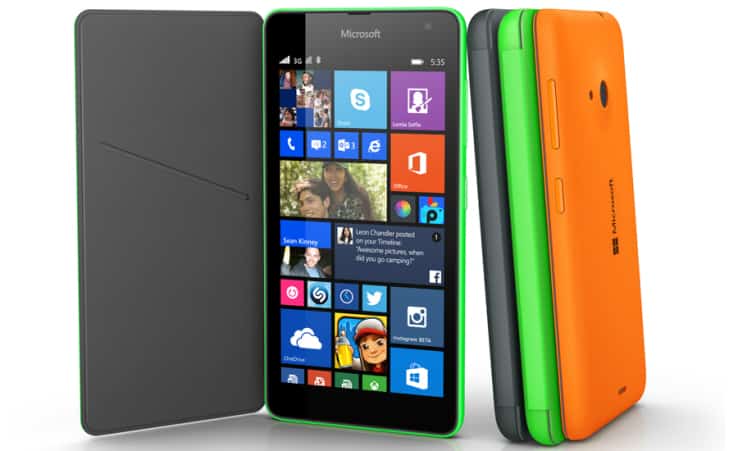 The Lumia 535 is a dual SIM supported smartphone. It comes with the latest version of Windows Phone. This phone looks much like previous Lumia incarnations but obviously having with a branding difference. There’s no Nokia logo, rather it’s been replaced by Microsoft’s name on the front — above the screen — and written horizontally on the colorful back of the device. Lumia 535 runs on the latest Windows 8.1 operating system and packs 1.2 GHz quad-core processor, 1GB RAM, 5 megapixel cameras on the front and back. Besides, it also comes with 8 GB on-device memory, which can be expanded by up to 128 GB via an external memory card.

The phone is equipped with most recent Lumia Denim update. The company is also bundling a range of its services — including Skype and OneNote. The phone has Microsoft Office built-in for which users will get quick access to their files through OneDrive. Note that, users will get 15 GB of free OneDrive storage. What they will have to do is to upload their photos and share them with their friends in a private folder. Apart from these, viewing and editing documents will be so easy. Here’s a video of the Lumia 535 phone.

Lumia 535 is principally targeted at Asian markets. Microsoft has mentioned that the phone will go on sale in China, Hong Kong and Bangladesh this month. Sales in other markets including India and Russia are expected to “follow” subsequently. However, this first non-Nokia smartphone costs $140 (around €110).

Source: Microsoft
Thanks To: Techcrunch

HP May Launch A Smartphone Of Its Own Next Week