We have seen many innovations in the handset arena recently, from unique hardware to highly affordable units. David Hunt has now plugged a Raspberry Pi together with some off-the-shelf hardware to create a fully-functional DIY cellphone. 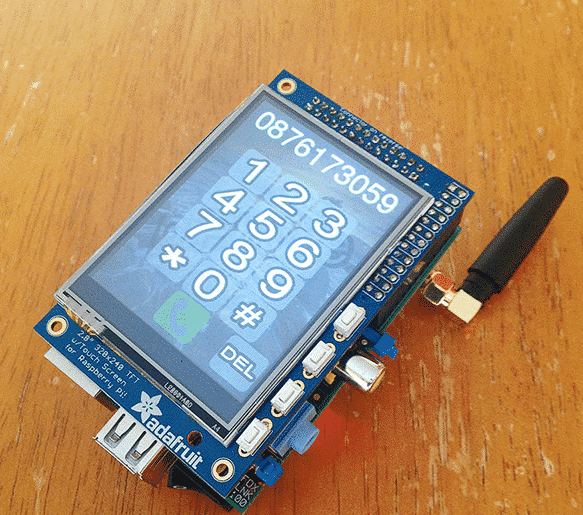 Raspberry Pi has been an incredible piece of hardware which made quite a few ripples when it was launched. It is essentially a mini-computer, and from that it logically follows that you can connect this mini-computer with a couple of other components to create many different kinds of functional hardware.

Hunt followed precisely the same logic. He bought a couple of electronics parts from a store including a battery, a GSM module and a TFT screen. Then he plugged them all together and the result was a working cellphone. Naturally, the phone created as a result is fairly rudimentary and can be used only to make and receive calls.

However, it is an interesting peek into how DIY phones can be created by individuals with perfect ease today. In all, the phone costs Hunt a total of $158. But it is more of a proof-of-concept handset which can really heat up if you wrap it inside an enclosure of any kind.

Elaborating on the components that went into this DIY handset and how they work, Hunt writes, “Once we turn the unit over, we can see the main communications module, which is a Sim900 GSM/GPRS module. This allow us to send standard AT commands to it to make calls, hang up, send texts, data etc. Overall a very clever module. Towards the bottom of the white PCB, you can see the SIM Card, which allows the module to associate with my local GSM network, and it’s using a regular prepaid SIM card, bought in my local phone store for €10.”