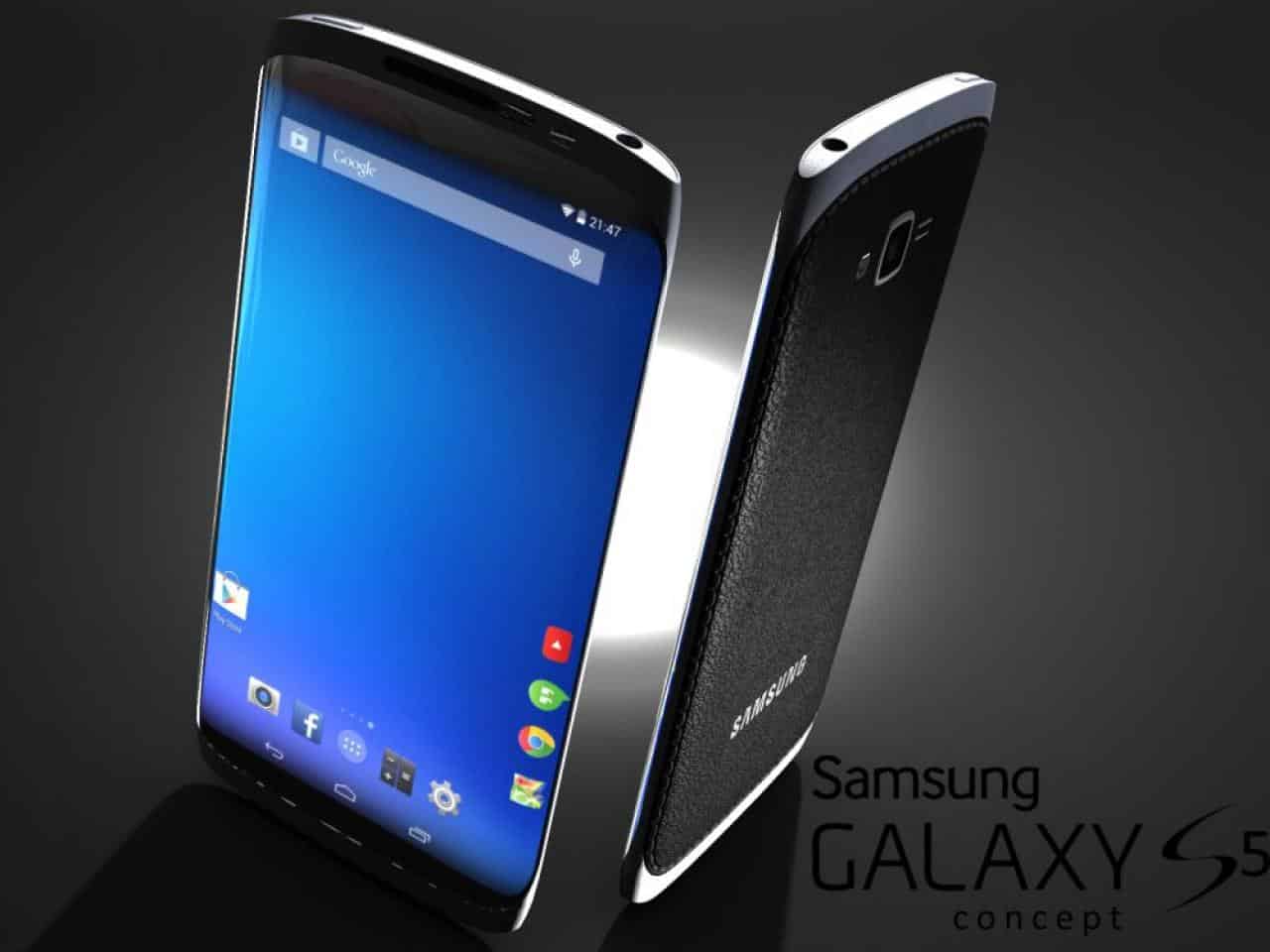 Samsung is due to unveil its next flagship smartphone, Galaxy S5, at the MWC event this year. The event is scheduled to take place on Feb 24, so we are only days away from it. Following is a roundup of the rumors and the facts of Samsung Galaxy S5 that we know about so far. Design:
Samsung has pulled off excellent sales with its Galaxy line-up. However, critics have ceaselessly cited the design of Galaxy handsets including Galaxy S4. Samsung may be about to eradicate this problem in Galaxy S5. Speaking about the upcoming smartphone, Samsung’s Executive Vice President (EVP) Lee Young Hee stated that ‘mostly it’s about the display and the feel of the cover’ when revealing what will be new in it. That hints that Samsung may pack better look and feel in Galaxy S5, perhaps a leathery texture that it has offered in recent Note line-up products.

Metal and plastic versions?
The problem with rumors are that they are many and you are never sure about them. Rumors about Galaxy S5 suggest that the handset will be available in two versions. One of these will feature premium metal in its body while the other will come with a plastic outlook. This would mean that Samsung is directly following the footpaths of Apple. But then, there’s an equal possibility that the handset comes with a leathery outlook. And the two different versions differ only in their internal specs.

Specifications:
According to a leak by SamMobile, the new handset will pack a 64-bit Exynos 6 and Qualcomm Snapdragon 805. Customers will be able to choose which CPU they want in their version. The company is also rumored to pack a 2560 x 1440 AMOLED display and bump up its size to 5.25 inches. There has been talk of the possibility of a curved screen but that seems very unlikely in Galaxy S5.

Camera:
Samsung typically showcases its technologies before they find their way into Samsung’s mainstream products. In the case of smartphone cameras, Samsung detailed a 16-megapixel camera at a presentation earlier. This camera includes an ISOCELL sensor, which would immensely improve its performance. Samsung promised at the said presentation that it is going to include this camera in a mobile device during 2014. Galaxy S5 seems like the best candidate for getting this trophy.

Battery:
With each new model, smartphone manufacturers are expected to offer longer-lasting battery. Samsung seems prepared for this and may offer a 2900mAh battery in Galaxy S5. This battery will hold 20% more volume than that in Galaxy S4 and yet the same weight. Moreover, it will charge faster and last longer.

User Interface:
Samsung has a knack of differentiating itself in the Android arena by offering a unique UI skin of its own on its mobile devices. The one offered on Galaxy S4 worked fine but it came with a lot of clutter. This time around, Samsung may be rallying around the idea of a Flipboard-like UI which the company has shown off in its recent tablets.

In the motley mix of facts and fiction, we are still able to create a general picture of what the upcoming Galaxy S5 is going to look like and what sort of specs it will pack under the hood. The final confirmation will be on Feb 24 which is when Samsung lifts the wraps off the device. Stay tuned to our site and we will keep you posted of the latest updates.