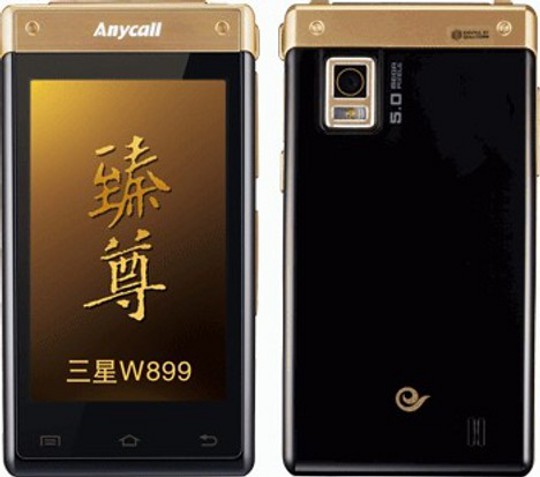 Samsung has already launched quite a number of Android-powered phones to date but the Korean company has just introduced its first Android-powered flip phone, namely the Samsung W899. The phone will be available via China Telecom soon. The device is coming with 512MB of internal memory. There is also a microSD card that is added into the package.

For a clamshell phone, the gold-like color and black color finish makes it one of the better looking ones out there and when it comes to Android, there really isn’t a whole lot out on the Market when regarding clamshell phones.

The phone will be available via China Telecom soon, though there isn’t any word if Samsung is planning to launch similar Android phones in Europe or North America.

HTC One X 4G Smartphone With Android 4.0 From AT&T

Droid X coming in July, followed by Droid 2 in August