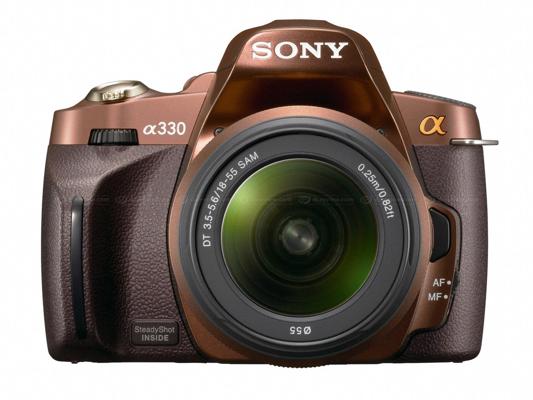 Sony has quietly introduced two new models in their Alpha series of digital SLRs. So quietly, that they didn’t even put out a press release. The first model is the replacement to the entry-level DSLR-A230, while the second is a slightly updated version of the DSLR-A350.

Sony Alpha DSLR-A390 and DSLR-A290 are the latest cameras from the company’s Alpha range. The new models are promoted as affordable, but highly advanced cameras, thanks to the 14.2 megapixels sensor and advanced functions, like Quick AF Live View, Graphic Display , HDMI output and BRAVIA Sync.

Sony Alpha A390 and A290: Sony introduces new models in the range α (Alpha) DSLR digital camera, stylish, with 14.2 megapixels. Ideal for users that enter for the first time ever DSLR, DSLR-A390 and DSLR-A290 offers a dramatic improvement in image quality and creative options for a compact camera point and shoot. They are also really simple to use, even if you’ve never handled a DSLR camera. With a resolution of 14.2 effective megapixels to get perfect images with little noise, both cameras offer the fast shutter response so coveted by the users of DSLR cameras. The α390 added bonus of Quick AF Live View. Alpha dSLRs are based on the A-mount lens format, which supports older Minolta and Konica Minolta AF glass. The new models have a tougher grip design with a revised button layout. Their bodies include a built-in flash, HDMI output and slots for both Sony’s own Memory Stick Pro Duo memory cards, and SD and SDHC cards. Bravia Sync lets you attach the cameras to a Sony Bravia high-definition telly and control photo slide shows with the TV’s remote control. To aid beginners, the cameras include an on-screen help function that explains their features, with a sample image showing the effects of each one. An exposure guide graphic makes it clear how the aperture and shutter-speed settings relate to each other.

Both cameras feature a new and attractive design of its grip that allows secure it even more comfortable. Also renewed the buttons on the upper part of both models, to provide a clear and orderly arrangement. Even beginners DSLR in the world will find that exploring the creative features of both cameras is remarkably easy. The intuitive Graphic Display makes it easy to understand the relationship between aperture, shutter speed and exposure adjustments elected on the final image. The Help Guide help system offers clear and concise explanations of camera functions, illustrated with an example image showing the results you can achieve. Quick access to shooting and playback menus is easier now thanks to the iconic color of the screen. photographers are introduced in a world of flawless, low noise images, a big step up from classic point-and-shoot models.
Both cameras have a new design, offering a better grip and a more comfortable handling. The controls have also been repositioned, the result being a more.