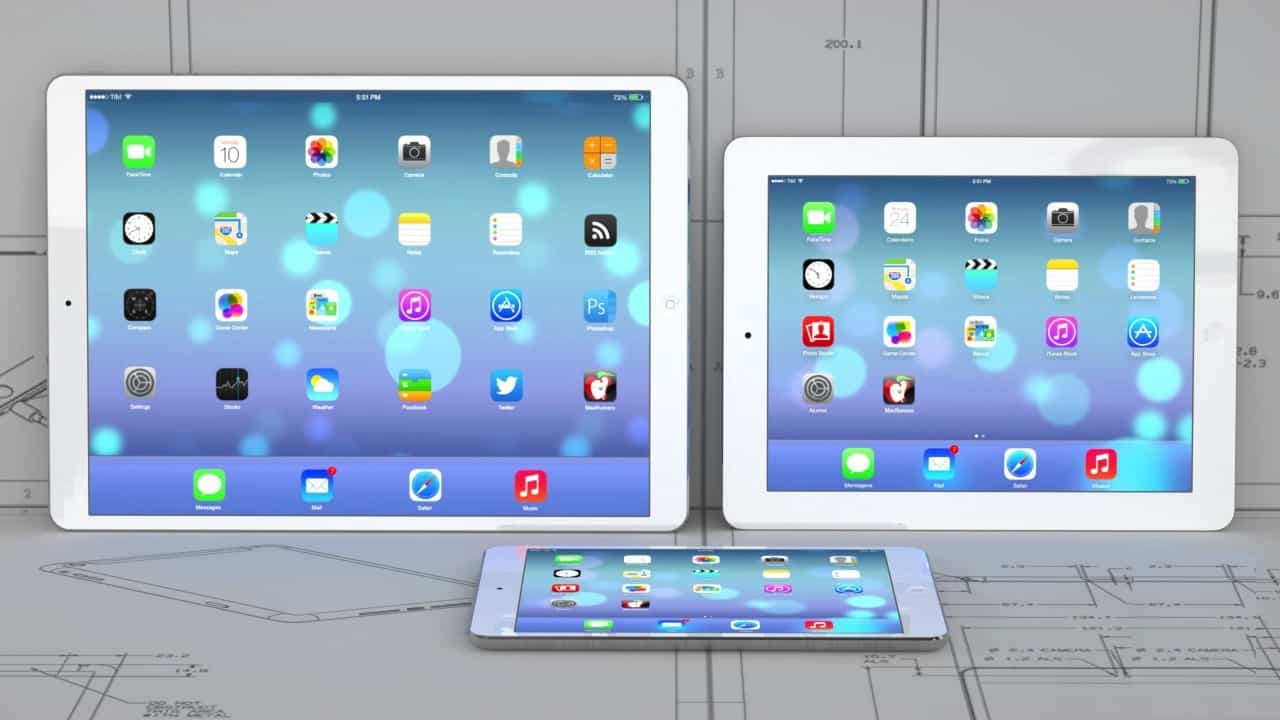 Last month at an event, Apple unveiled 9.7″ display sized tablet, iPad Air. The new iPad Air has already created a buzz among people. However, now there’s a new rumor swirling around that Apple is working on 12.9-inch display equipped iPad and it is already in testing phase at Foxconn. Earlier we saw that there were a number of rumors as well as leakages about iPad Air components and its casings before its official announcement. And interestingly, some of the leaked information later turned out to be true. Therefore, such rumor could also turned out to be true. It’s because, now we all know that Apple has a tendency of experimenting its iPad with different sized displays.

On the other side, at Apple’s financial results event, Tim Cook, the CEO of Apple, confirmed that Apple plans to introduce new product categories within 2014. So, it’s possible that, if Apple is really making or testing 12.9-inch iPad, then it may release it next Spring, March 2014. In addition, earlier rumors say that Apple will unveil 5-inch display equipped iPhone 6 and the iTV, next year. We may also see the release of these devices along with 12.9-inch iPad.

Keep an eye on us. We’ll update you as soon as we come to know something new about it.

Use Your iPad As Mobile TV With Tizi Go Dongle