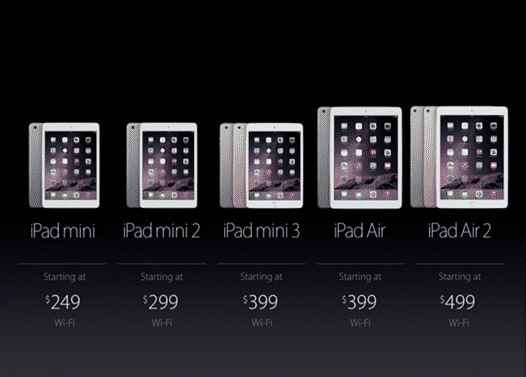 The Apple iPad Air 2 6.1 mm thick. According to Tim Cook, the CEO of Apple, iPad Air 2 is “18% thinner than the first iPad Air” In fact, it is now “the world’s thinnest tablet.” Besides, the iPad Air 2 packs the newest A8 processor and M8 coprocessor, which is 12 times more powerful than the original iPad. The iPad Air 2 also comes with an 8MP iSight camera (f/2.4 aperture) at the back, capable of capturing 1080p video, burstmode, panorama shots, and auto HDR. It also has Touch ID, the Home button-based security system that enables login via fingerprint. In addition, with Touch ID, iPad Air 2 also has Apple Pay, albeit enabled for online purchases only.

Apple Preps Up For The Launch Event Of iPad 3