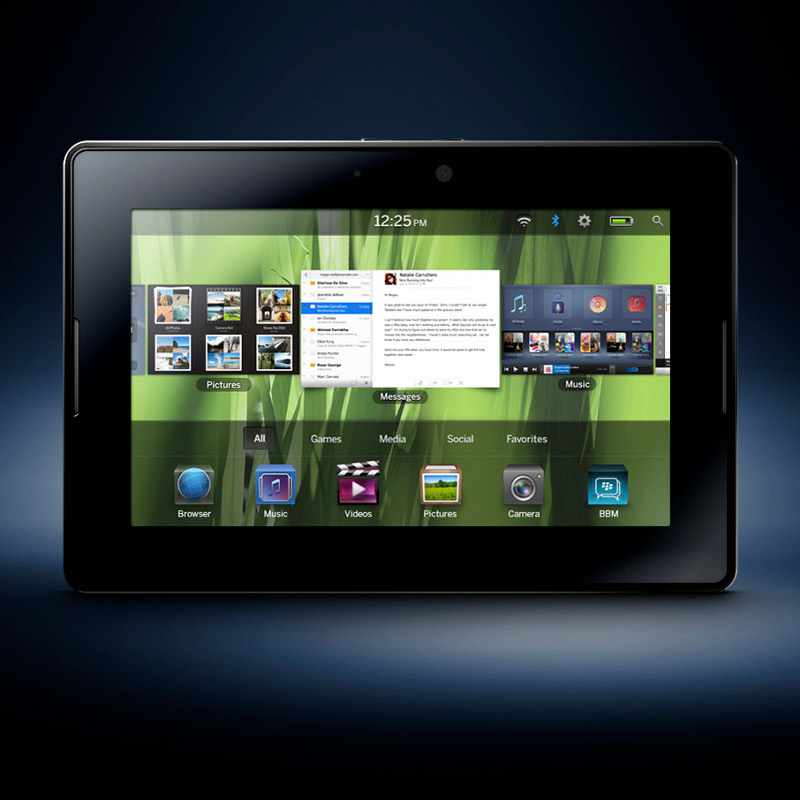 RIM is expected to bring to shelves its first tablet PC, the BlackBerry PlayBook sometime during the first quarter of the next year, at least on the North American market. The Playbook was announced back in September with launch dates being supposedly been confirmed by Gregory Wade, regional VP for Asia Pacific of RIM, who also noted that the Playbook would be specifically aimed at corporate users with pricing set at around $500.

Packing a 7-inch, 1024 x 600 pixels, capacitive multitouch display, the slate is powered by a Cortex A9-based, dual-core 1GHz CPU, complemented by 1GB of RAM, and should offer increased performance levels for all users.

The specifications list of the tablet PC also includes WiFi 802.11a/b/g/n and Bluetooth 2.1 connectivity options, along with HDMI port and microUSB jack.

At the same time, the slate should boast 16GB or 32GB of internal memory, a 5-megapixel photo snapper, and a 3-megapixel front-facing camera for video conferencing.