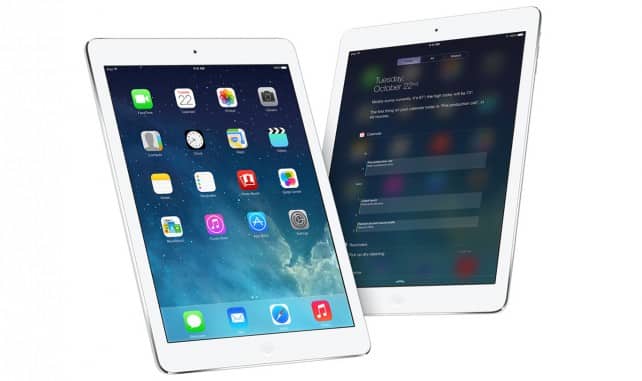 When launching the new iPad Air slate, Apple claimed that it had significantly improved the battery life of the tablet. In a recent test by folks at Anadtech, iPad Air turned out to last for a whopping 24 hours when used as an LTE personal hotspot. Normal use of iPad Air lets you use the slate for 10 hours on a single recharge. This is certainly a lot, given that the new tablet packed top-end hardware and is nearly twice as fast as its predecessor.

What is more impressive is that iPad Air can last much longer when used as an LTE personal hotpsot only. Anandtech recently conducted an experiment in which the display of the tablet was turned off and it was connected to a MacBook Pro.

All this while, the LTE personal hostpot was active on iPad Air. The connection with MacBook Pro allowed a user to access internet on the laptop, making use of the hotspot. The speeds that were offered through this indirect LTE connection went as high as 100 KB/s which is fairly impressive in itself.

What is even more impressive is the fact that the tablet was able to last a full 24 hours. This extended battery timing has been made possible by Apple’s use of a new architecture and SoC for not only the processor of iPad Air, but also for the modem used in it. For someone who has a habit of using iPad Air with other devices and machines, such bumped up battery life for the slate is certainly a very valuable feature.