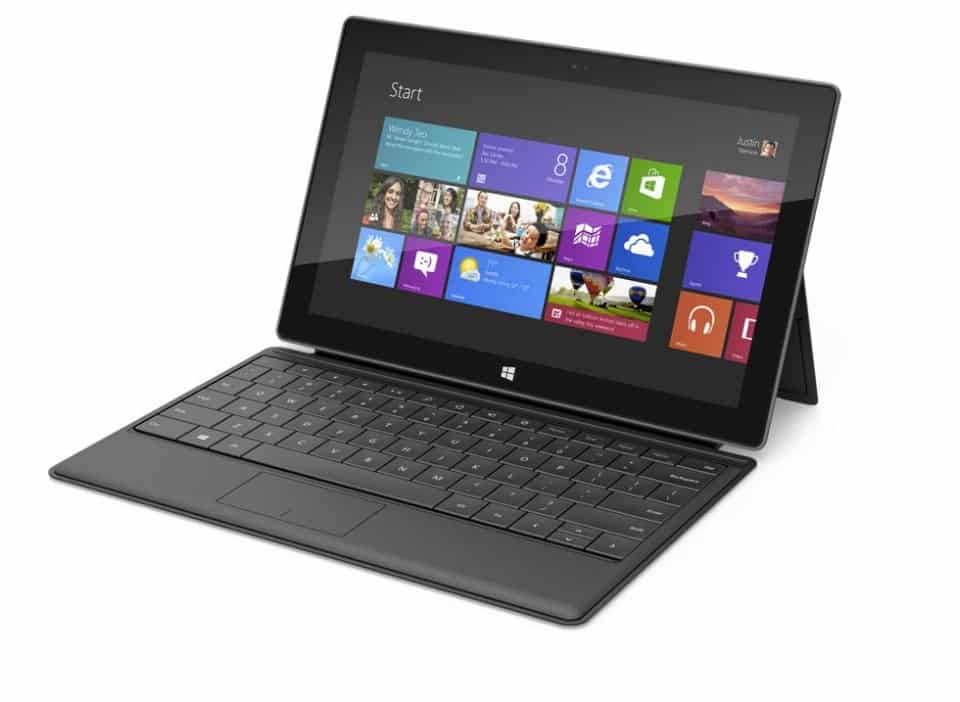 Microsoft has been fairly aloof from the CES 2013 event in Las Vegas. The company did take an exception though, and didn’t forget to show off its upcoming Surface Pro tablet. The tablet packs a Core i5 processor, runs Windows 8 Pro and so far, has attracted raving reviews at the show. Microsoft had launched its original Surface tablet and Surface RT slate a while ago. Neither of these have apparently gained much traction, with Surface RT being lambasted as a major failure by many. So when Microsoft announced that it was soon bringing out a Surface Pro slate which would be somewhat of an entire PC packed into 10.6-inch body, many were skeptical.

But now that the company has finally unveiled the Surface Pro tablet at CES, it has turned out to be an excellent slate. The 10.6-inch display of Surface Pro packs a resolution of 1920 x 1080 which really brings out the beauty of Windows 8 Pro. It is a tad bit bulky compared to Surface RT, weighing 2 pounds and being 0.53-inch thick. But then, the slight extra space it occupies is negligible compared to the fact that it virtually delivers the functional power of an entire PC.

Surface Pro packs a Core i5 Intel chip together with integrated Intel graphics and has 4GB of RAM. You can hook up the tablet to a high-resolution display through a Mini DisplayPort adapter and then you have an entire PC on your hands. The slate can then be used as a drawing pad with different drawing apps.

To aid with drawing and other touch-screen stylus functions, Microsoft is shipping a pen with the slate. The pen fits in nicely within the power adapter port in the Surface Pro tablet. The machine runs tasks perfectly smoothly and registers an excellent performance.

Microsoft is going to make the slate available by the end of this month. The 64GB model is going to cost you $900, whereas the 128GB model carries a price tag of $1000. The price may sound high but at the kind of specs that this slate packs together with the awesomeness of Windows 8 Pro, you can simply assume that you are purchasing an entire PC packed within 10.6-inch.