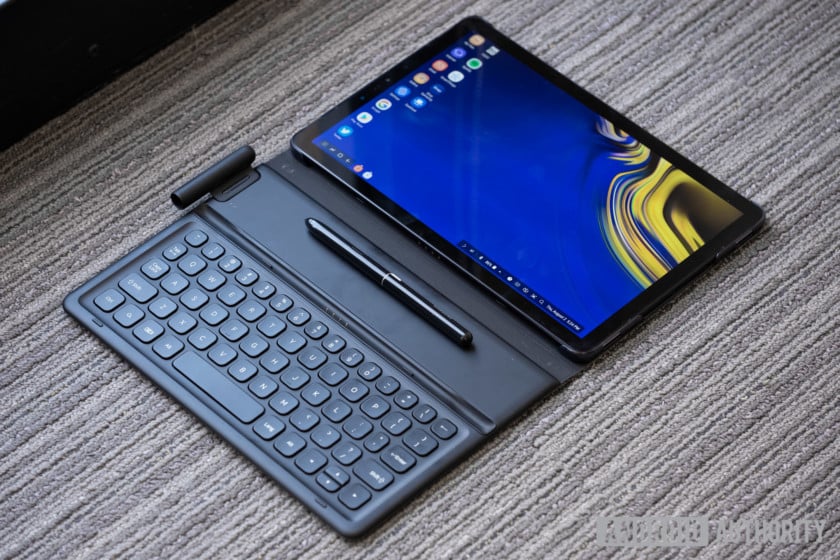 Samsung launched the latest and greatest tablet with some new uncommon features that can easily replace your laptop. The convertible tablet can be easily carried because of its comfortable dimension. You will hardly find a device that can perform as a laptop and looks like a tablet. Well, the Tab S4 is such type of device which acts like a PC and you can do a whole personal computer’s work. Samsung ensures that if you have this Tab, then you won’t need a laptop.

The Tab S4 has a 10.5-inch Super AMOLED display with 1600 x 2560 pixels resolution that is equal to a laptop’s display. Most important thing is that Samsung Galaxy Tab S4 is the first tablet that supports Samsung’s DeX hardware and works as a full desktop computer.

It can work very first because it’s used Snapdragon 835 Octa-Core processor with 4GB of RAM and also includes a fancy new design S Pen. It has an optional Book Cover Keyboard which activates the Dex interface when connected to the tab. The Tab S4 has very thin bezels compared with other tablets. Why is Samsung Tab S4 Comparable with A Laptop?

You can use multiple desktop-style windows for Android apps with the help of Samsung Dex in this Tab S4. Samsung can double down on this environment only for the original Dex docks.

How it’s possible? Samsung can run roughshod over the operating system with the help of Android.

The best feature of the Samsung Galaxy Tab S4 is that you can use the full screen but, at first, you have to restart them in the process. The Tab S4 gone on sale on August for $650 US dollars.

The good news is that Samsung has worked with developers to offer up programs in the “App for Samsung DeX” section of the app menu. Here, the biggest part is Microsoft, which worked with Samsung to build a DeX version of office. There are a few other key apps like TripAdvisor.

Live Messages- the animated Gif drawing app introduced on mobile. Air Commands are present in Android mode as well. The main feature is its battery, a 7,300 mAh one. Samsung says it should get you around 16 hours of video playback. You can store many files, videos, images and other thing using 256 GB of storage, plus expandable memory via micro SD. Of course, you can also get an amazing Bluetooth mouse which is specially made only for the Galaxy Tab.

Sharp To Launch Galapagos Tablets in US, Early 2011

Surface RT Up To $300 Cheaper Than Windows 8 Tablets: Lenovo Chief